You know, there have been years when the Rockets have gotten back to .500 and it has excited me. The problem is that those years they were under .500 and fighting back to get to .500. This year, we were at 6-1 and had to lose 5 games in a row to get to the bad side of even. I tried my best not to get upset at all during the loss to the Mavericks, but it was a futile effort. We played remarkably well for three quarters and then an 8-0 run by the Mavs wiped that out in the fourth quarter. We were playing great individual and team defense, hell, even Rafer shot over 50% as the offense was clicking. Up 17 points we systematically feel apart, we let them get open looks from inside and outside the arc and even gave a couple of weakly contested points inside the paint. The worst part of it all? I'm staying with family who have satellite, the Rockets were still up 5 with a minute and 22 left and the satellite decided that losing 11 points of our lead wasn't enough misery for me, it had to add to it by pulling a disappearing act on me and going out. When did it come back you ask??? Right about the time the Mavs were up by 3, when did it go out again? When the Rockets had a chance to tie it on offense. When did it come back? 20 minutes after the game was over and inexplicably the Rockets lost by 6.
Why am I no longer upset about it? Because I'm not a liar, it's not the end of the Rockets season that they are .500 and the Rockets have a decetn amount to be happy about.
1. Yao Ming is awesome, his 30 points, 15 rebounds and 6 blocks was incredible vs the Mavs, he's on track to have his best overall season of his career, and last year he was on his way to completely shutting up idiots that didn't understand his greatness. Once he figures out exactly where he fits in Adelman's system/Adelman figures it out himself he will earn his distinction that he will gain from the foregone conclusion that is his starting in the All Star game (Yao beat Timmy by over 1 million votes last year, it's inarguably over). Oh and he played 41 minutes and didn't seem to really get tired! 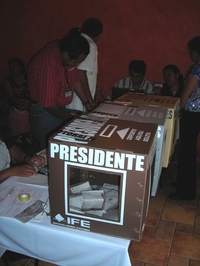 2. Tracy McGrady looked like his arm tingled a bit at times, but instead of shooting 30 times he actually adjusted his game and dished out 12 assists. Truth be told though, the 12 assists isn't really what's impressive, TMac passes extremely well every game. What's impressive is:

3. The Rockets shot 10-23 from the 3 point line!!! I will take that literally every game. Battier shot the ball well as did Luther head and so did...wait for it...Rafer Alston. That leads me to my problems that they are going to have and it's a list of 1. 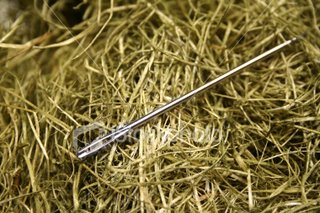 1. Rafer will now continue the pattern he has had after all his needle in a haystack games, he's going to think he's good. I guarnatee that he shoots the ball at least 12 times, which is about 12 too many for me. Jon Barry described his running awfulness of a shot extremely well, he said, it's not a teardrop really, it's kind of a shotput, it's a "tearput". That's about the furthest from a compliment you can get for your shot.

All in all, I'm sticking to my word, I'm not upset, I'm still in bliss. We played extremely well and WILL put it together by the All Star break. Yao is an extremely good passer and can easily play that role in Adelman's offense given som time.

Next up: Rockets at Heat, a terrible Heat team at that, hopefully that is the turnaround game we've all been looking for