Will Rafer just go away?

Nearly one month into the season now... he is sucking more than usual. Which is impressive in its own right.

Rafer has scored in double figures exactly twice (18 versus Dallas on 11/21 and 11 versus the Lakers on 11/14 - naturally, the Rockets lost both games). 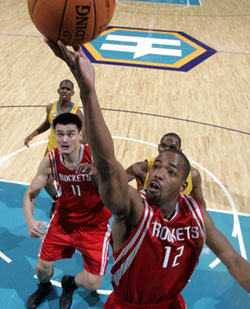 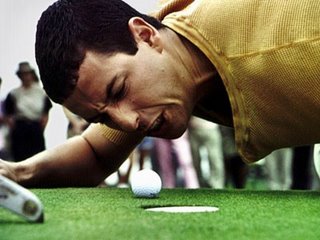 Rafer is too much of a little bitch to actually get angry and yell at the ball like Happy though. Personally, I think it's about time that T-Mac and Yao invoke the Dante Hicks rule with Rafer... as in "don't pass to this guy, he sucks!" 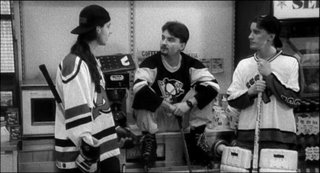 If the guy had one single skill that was actually useful, maybe (and I stress *maybe*) we might be able to find a role for him to actually help the team. Instead, he can't shoot 3s. He can't make layups (or that floater/"flip" shot he continues to try). He can't even be trusted to sink his free throws at the end of games (yeah, our 7'5" center shoots 90%, our starting point guard shoots below 70% - that's ass backwards).

Even Bob Barker has an opinion:


"I can't believe you're a professional basketball player. I think you should be working at the snack bar....... There is no way that you could have been as bad in the And-1 league as you are in the NBA." 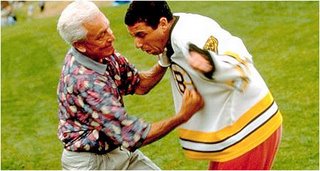 I bet Caroll Dawson even had a Ron Burgundy moment back in 2005 when he traded Mike James for Rafer. As in... "I immediately regret this decision"

Rafer was most definitely a bad choice!

Yes, Toronto is definitely laughing at us for that one. Shit. Even Brick Tamland wouldn't have been dumb enough to make that trade. Yup, talk about your all-time backfires.

(current record: 7-7, wayyyy behind San Antonio, Dallas and freakin' New Orleans in the division. 6 game losing streaks tend to do that to you.)

oh, a certain Lt. Daniel Kaffey wants me to relay a message to Rafer, too: 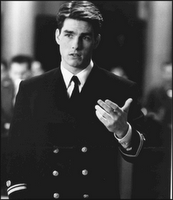 (hey, that gives me a good idea! Any readers/players willing to give Rafer a Code Red?)