Last week Dave and I were throwing around the infamous "Rockets as South Park characters" post. At some point in time almost every blog seems to do one. Well, maybe not the ones that actually respect themselves, but almost every other one does. The problem is that we are both such big fans, that it was more difficult to agree on who was who than we thought. Mostly that's because Dave is into this law stuff and it makes him think that because he knows rules that he's always right. Mind you, I'm NOT into law and I actually AM always right, just ask my wife. So, I decided to do something that would probably piss him off because he thinks the young lads from Colorado are better than the family from Rhode Island, but I wholeheartedly disagree. So, without further banter or ado, I present to you, "If the Rockets were on Family Guy":

Rafer Alston = Death, much like the Towelie comparison, this one just makes sense. They are both constant screw ups even though they continue to have gainful employment. Where Death constantly fails, Towelie fails constantly.

Shane Battier = Brian Griffin, reliable and each has one part of their game that is worlds beyond the other parts, Brian is a drunk and Shane is a hellacious defender. They also have other parts of their repertoires that have potential, Brian has a great nose, and Shane can hit the three. 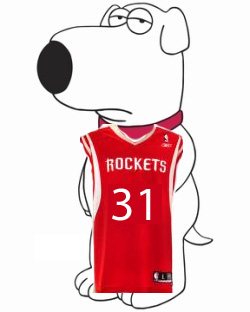 Aaron Brooks = Cleveland Brown Jr., they are both hyperactive and natural athletes. They also both have only bit parts until they grow up. 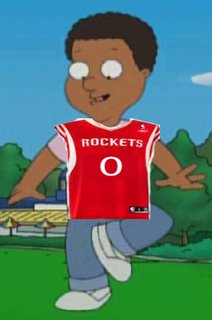 Steve Francis = Meg Griffin, is actually pretty decent, but for some reason has a negative stigma brought on by Peter’s disdain for her. Sound familiar? 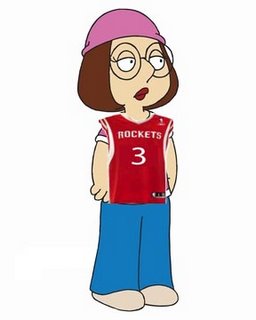 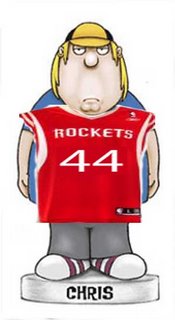 Luther Head = Bonnie Swanson, tons of potential, can’t seem to really finish the job, much like Luther, he shoots the hell out of the ball, but can’t seem to hold on to it to save his life when under pressure. 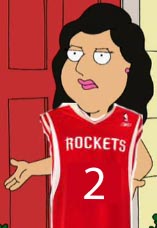 Mike James = Cleveland Brown, he's funny in spurts and Mike James is a great offensive player in spurts but both are unwanted by some. Rockets management has traded him before (for fucking Towelie/Death no less) and Cleveland’s wife is always on his ass thinking he’s not good enough. 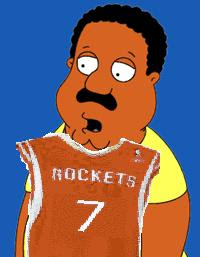 Tracy McGrady = Peter Griffin, tragically flawed yet he is one of the greatest characters ever in prime time television. TMac is one of the league's greatest offensive players and really does the little stuff well too. That is until the playoffs come around and there is less than 2 minutes in a game. (I still love you Tracy, and we both know this is the year!!) 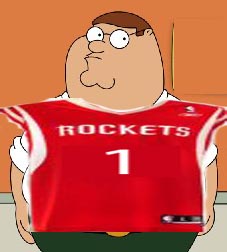 Dikembe Mutombo = Ollie Williams, they are both fantastic in spurts, but not part of the big time these days. 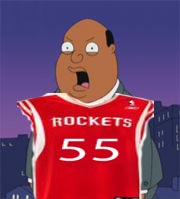 Luis Scola = Glen Quagmire, I can’t even think of anything witty, but no one can tell me they don’t see this one. Giggity giggity! 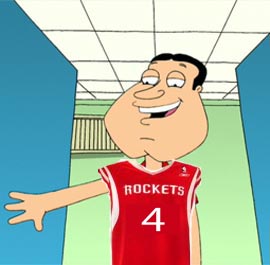 Kirk Snyder = Tom Tucker, solid, but never gets his shot at the big time, much like Kirk Snyder, I can’t help but think they he would be better off on another team that would utilize his athletic talent. 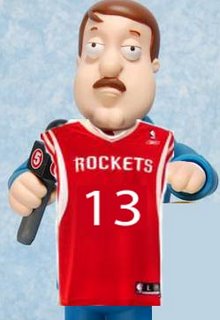 Bonzi Wells = Joe Swanson, excellent athlete but always has his one handicap slow him down at the wrong time, only Bonzi’s handicap is his thought process 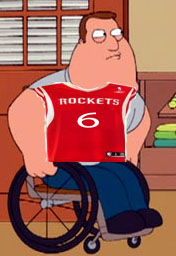 Yao Ming = Stewie Griffin, each is awesome in every way but one: Stewie is a baby, Yao doesn’t yet have that killer attitude. The bad ass thing is that eventually both of their flaws will be corrected, though Stewie will never grow up "on camera" and Yao will never get credit for it. 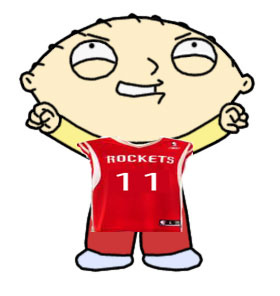 Rick Adelman = Mort Goldman, it's the best I could do. 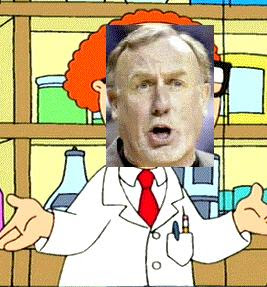