I'm allowing for a do over

Share All sharing options for: I'm allowing for a do over 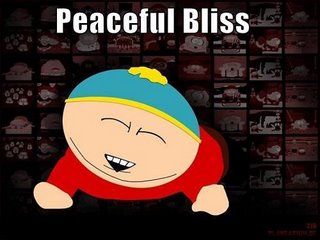 For three days, including what's left of today, I'm going to vow to not be down if the Rockets crash completely back to earth with a loss to Dallas on Wednesday. With a loss, the Rockets, once mightily above the Western conference at 6-1, would be 6-6 and 0-5 since TheDreamShake began impressing its will upon the masses. That would include two losses to Dallas, one to SA, one to Phoenix, one to LA and one to Memphis. With the exception of the Phoenix game, the Rockets had chances to win them all in the final 2 minutes, and those teams are a combined 24-16 and without Memphis (on the road) they are 22-9, so not exactly bad teams to which they are losing. Their SOS is by far the best in the league. The good news? They also beat the Lakers and Spurs during that stretch, and the Jazz by the way (Suck on that Utah Jazz Nation.) So the Rockets will have already played Dallas, SA and Phoenix 5 times, and only have to play them 7 more games the rest of the way, what's my point? I'm not sure, but I think I'm trying to say they have played a hellacious schedule in the first few weeks of the season. I'm also saying that we will prove that we aren't just on board for a team on top of the world. I've contended from the beginning that this team will be severely up and down until after the All Star break. A break that will again have two Rockets in uniform for the East-West game I might add. (As an aside, why do people do that? Why say "might add" when you just did? But I digress...especially since I do it all the time)

On Wednesday night, I will be officially on Thanksgiving holiday, and with that holiday I will give thanks that my city has an NBA basketball team with a history of success. And along with that feeling, the Rockets don't have to win on Wednesday. Don't get carried away with my good will though, I still want nothing to do with Dallas winning any games, especially against the Rockets, but if they do, I won't be mad. So the pressures off guys, you don't have to keep pressing to impress me and TheDreamShake, just go out, play some basketball and gosh darnit, have some fun! Be thankful that you are millionaires with Bentley's and mansions and that you get to shoot an orange ball through a red hoop with a white net for a living.


To recap, go out there, play hard, but most of all, have some fun out there!


Oh, and don't think that come Thursday if they are 6-6 and the Longhorns are kicking the every living shit out of aggy, that the tone of this blog will be so cheery. For now though, I'm in peaceful bliss like the night after this: 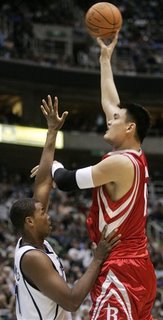