I'm trying hard not to believe in jinxes...

Share All sharing options for: I'm trying hard not to believe in jinxes...

but I've never been good at fighting off my superstitions. I'm trying to fight it because otherwise I'd have to kill this blog, since the Rockets are 0-2 and TMac is now fighting nerve damage to his elbow since we started it up. It's an uphill battle for me, hell I just stopped watching the Texas (and I live for the Longhorns) vs. OkieSt game a couple of weekends ago because every time I turned it on something bad happened and every time I came back from turning it off Texas was back in it. Sure enough, Texas pulled it out and no one will ever convince me that they would have if I had been watching. I've been known to blame traffic on my wife because she made the fatal error of saying "Wow, this trip is going really quickly". Is it her fault? Hell yes it's her fault. You know how I know? Because I'm superstitious. And yes, I realize my argument reads a little like 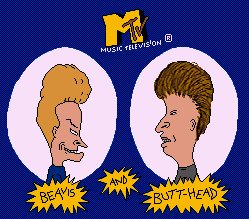 
So, I ask you, are we jinxing them? The early origins of the word seem to mean that you are casting a spell and causing something to happen on purpose, but the definition of jinx as it now stands is decidedly different.


I'm going to have to make a decision? Right? It's not like I'm Bill Worrell and I'm talking about how Yao never misses and then having that turn into a 9-15 showing after that. So I'm saying it's Bill's fault, and not taking the blame right now.


I think Bill was smiling about jinxing him.

I think he did it on purpose just so he didn't have to see Calvin cry again. 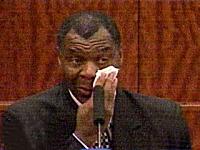 And I mean, who wants to see Calvin cry? I mean, I'd like to see him twirl a batton or choose a couple of less ridiculous suits, but is there anyone out there (besides Marc) that doesn't want him back on the broadcast team?

My conclusion to this poorly laid out question is that it's not our fault, and that my pride is going to supersede my superstition.

Plus, if I have to own up to jinxing something/someone then so does Matt over at Da Good, Da Bad, And Demeco