People That Piss Me Off (Week the First)

Share All sharing options for: People That Piss Me Off (Week the First)

The Rockets have gone from 6-1 to 6-3 in the last few days (Memphis?!? Really?).
Tracy McGrady is hurt and might miss a week or so.
We have to face Dallas, San Antonio and Phoenix in our next three games - oh, joy.

... and Rafer is still on the roster. 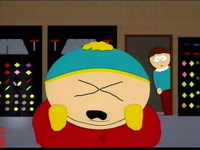 I therefore bring you: "People Who Piss Me Off" this week.

On Tuesday, Marbury and his Knicks lost to the Suns. No shame in that. The Knicks suck. The Suns kind of do not. Apparently Stephon was informed on the plane flight afterwards that he was being replaced by some dude/chick named Mardy Collins. Sure, I can understand him not being happy about this. Starbury is the last person in the NBA to learn that he sucks. So, what does Steph do? Oh, I'll let the AP tell you:

Upon hearing [from Eddy Curry] that he would back up second-year guard Mardy Collins, Marbury marched toward the front of the plane to meet with [Isiah] Thomas. Five minutes later, an enraged Marbury told his teammates that if he wasn't starting he wouldn't suit up for the game. But it was something else Marbury said that stunned his teammates...
"Isiah has to start me," Marbury fumed, according to the source. "I've got so much
(stuff) on Isiah and he knows it. He thinks he can (get) me. But I'll (get) him first.
You have no idea what I know."

So I get all excited to learn that Stephon might tell some good gossip that somehow wasn't brought forth during this summer's trial? But... what happens next? Stephon gets fined. $195k.

Instead of taking a stand for what he apparently believes in, Stephon gets on a plane and comes back. No gossip spoken. No dirt on Isiah. No use of the word "bitch" (damn). F U Stephon for making me anxious to hear some good dirt during an otherwise crappy work week. Oh, and kindly find your way over to the bench, where you will still reside.

Next? Richard Justice... for insinuating that maybe Steve Francis should be given a chance to play.

Look, I know Rafer sucks. A lot. But the Franchise is not the answer. Unless we can trade him to Utah for Deron Williams. Then I will thank him. At this point, Stevie is to the Rockets as Kyle Broflovski is to the Colorado all-state basketball team. Kyle's negroplasty did not work, and Steve's supposed new attitude clearly isn't enough. 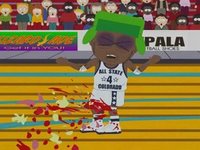 At least Rafer only shoots the ball 10-12 times a game. Stevie will dribble out the 24 second shot clock and then shoot (they both have abject fears of passing the ball to tall Chinese men apparently). Furthermore, without Cuttino Mobley present, Franchise has to be distracted. For he has no reason to wake up in the morning.


Honorable mention attempts to piss me off? 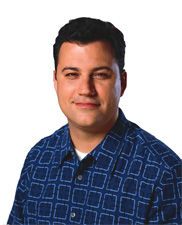