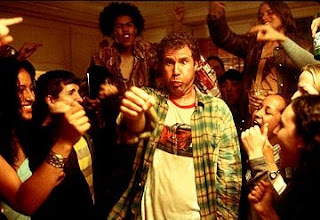 Up through the quad to the gymnasium!! Or at least through the Clippers and the Nuggets! That's two in a row boys, if we win tomorrow, that’s called a winning streak; it has happened before.
The Rockets looked absolutely dominant on Saturday night and looked that way in the second half of last nights game with the Clippers. Luis Scola is starting to become the player we all hoped he would be.
Don't misunderstand me, we still are a "struggling to find our identity" team, but I rather like these flashes.
I'm actually looking forward to the rematch with the Suns though. I think Yao puts up 35 on Amare tomorrow night. I also think we will see Stevie more this time around even with Towelie having a "decent" game last night. And by decent I mean decent for him and isn't it a shame that he's had exactly two decent games all year??