Fun With Email - Take One

Share All sharing options for: Fun With Email - Take One

Hey, let’s try something today, let’s have a Rockets discussion about where the team is over email and then post it to the blog. I’ll start it up:

I watched the game last night, didn’t get started until the wife went to sleep around ten. Have I mentioned how great the invention of DVR is? I know that there has to be greater technology eras compared to the era before, but not many. DVRs, compact cell phones, the internet, HDTV, laptops. We probably own all eras not including fire/weapons creation or automobiles/planes

Anyway, that game was brutal last night. And I don’t want to be a complete homer but Golden State will not do that to us if we have a day of rest. Hell they won’t do it to us if we play any team other than the Suns the night before. Do you think Al Harrington will ever in his life 7-10 and 4-5 from the three point line? I said it in the running blog, but a couple of those shots were from almost half court.

okay, attempt at response here: ---- Okay, so I did not watch the game last night. First, it starts at 9:30pm - by then I'm drunk, debating whether or not to pick a fight with 100 annoying Dallas Cowboys fans, and trying to avoid bad beats playing hold 'em at a bar (and no, I was not successful with that last goal). I guess this is what I get for going to a bar situated between 5 strip clubs and one "massage parlor".

Meanwhile, I'm sure you were recording the end of Grey's Anatomy while you watched the Rockets, huh? What a wonderful invention DVR is! Only problem is that attempting to DVR an entire sporting event - that's just not happening. It's like that episode of How I Met Your Mother - http://en.wikipedia.org/wiki/Monday_Night_Football_(How_I_Met_Your_Mother_episode) - no matter how hard you try to avoid knowledge of the outcome of the game so that you can watch it later... some jackass will volunteer the score and his own personal commentary on why the Rockets are losing because of the curse of the pajama jerseys from 1996. So, yeah, my attempt to watch the game in peace at home at a later time..........? No chance.

Hey - was Rafer guarding Al Harrington? If so, I'd believe anything. Rafer must have some inverse magic pixie dust where the guy he is guarding all of a sudden becomes Jerry West from the 1970 NBA Finals.

Way to be a dedicated blogger bitch. Being drunk is more of an excuse to stay up and watch the game once you got home, not less. And any single male taping Grey’s Anatomy needs to be questioned. Not merely on sexuality, but taste.
Meanwhile I watched the game, blogged it AND did some actual work last night.

How would you rank the greatest inventions of the last 20 years?
Top 5 for me
1. Cell Phone
2. Laptop
3. HDTV
4. Attractive Girls in Pron
5. Digital Cameras

Those pajama jerseys really were horrible. How did that ever pass the marketing guys? Even little kids hated them. The worst was the stupid grin on the Rocket. Actually, scratch that, the worst was changing after consecutive championships. No one was covering Al Harrington; he was shooting 35 foot jumpers. I would have left him open too. That wasn’t really the problem in the game though; the problem is we routinely didn’t guard the small guys cutting to the basket. And by routinely I mean we never strayed from that "strategy". Tired legs are one thing, tired minds are another. You should never have a tired mind in the regular season. NEVER.


Dedicated blogger? Is there such a thing? I mean, I'm not even sure I can consider myself a true "blogger" since I (a) don't live at home with my mom, and (b) don't operate the aforementioned blog from a basement or underground location. And you of all people should know that it is not safe for me to perform a BWI: blogging while intoxicated. The odds of us receiving a slander, libel, defamation or even a citation for a civil rights violation increase exponentially for every beer I consume if I decide to type out my thoughts during the process. Fortunately sexual harassment only applies to co-workers, so we're safe there. And your consumption of Grey's Anatomy has to be some sort of loophole to the federal hate crime statutes. I should be granted carte blanche to attack you on such "taste"! Of course, with Sunny's season 3 concluded and no new episodes of Earl or The Office until the writers getting their mother-fuckin' TV and movie checks. What the f--k and I supposed to do on Thursday evening now?

5 greatest inventions? Last 20 years? #1 is easy, and I am ashamed for you that you missed it or flat out forgot about it:


Sorry it took so long to reply, I had work get in the way of progress…

And by dedicated, I meant to the topic at hand, the Rockets. They should be your girlfriend right now since apparently you don’t want one. (Why else would you watch Grey’s?) On Thursday evening you should have been watching the Rockets, THAT’s what you should have been doing. NOT watching a vastly overrated Ellen Pompei continue to be un-hot. I will give you that Katherine Heigl is fantastically fine: 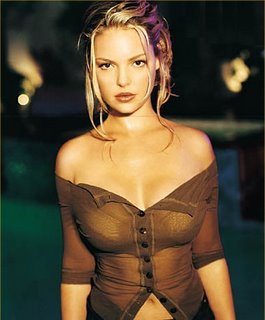 But there isn’t a single better than average other girl on the show, and that is the ONLY reason to watch that excuse for a show as a single male. My Name Is Earl and The Office are manly; you should just watch re-runs on non-Rockets nights. Michael would even have you buy your own coffee cup saying: World’s Most Loyal Fan 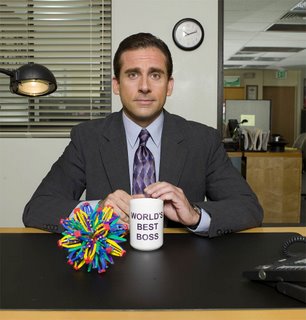 And while I love the NFL’s line, it’s incomprehensible to state it’s better than good looking girls in pron. Before ugly girls got a pass in real life because guys didn’t know any better. And Wilt, MJ and Hakeem were engineered to play basketball as well. I don’t care what a guy who was 3 when Hakeem and MJ came into the league thinks on that, they were equally as athletic and freakish. Hell Hakeem actually handled the ball better at the same age and he was a center! What is your ideal Rockets starting 5 and then first 2 guys off the bench?
Mine C- Yao-za
PF - Scola
SF - Battier
SG - TMac
PG - Mike James (surprised you there didn’t I??)
First two off the bench: Stevie then Bonzi. They can play two positions each and can score. At least Bonzi used to be able to score and I think he still can.

Oh yeah, what would you change about Adelman’s offense that does NOT include moving Yao back to the low post? My answer, a LOT more back door cuts, they work when we use them, they would have worked non-stop if we had the legs against Golden State last night.

There is one - and only one reason to watch Grey's Anatomy: Chyler Leigh. 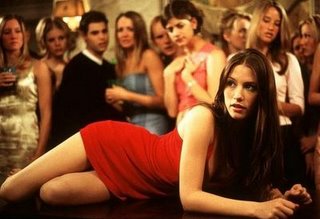 Especially after she's lost the glasses... and the ponytail... and the paint-covered overalls. But instead of sitting at home eating bowls of ice cream and crying over some dumbass named McDreamy - I was out *at a bar* watching football last night. And drinking beer. You were at home. Probably sans-beer, too.

I don't know about Wilt - cause I think he was engineered to be half-human/half-rabbit, but MJ and Hakeem got to be awesome basketball players by hard work, dedication and a disposition that allows them only to be happy when they kill the opposition (literally or figuratively).

And what would I change about Adelman's offense? I'd lock Rafer Alston in Adelman's office. And lose the key.


A real single man has no clue that she’s on that because he doesn’t have time to watch that show. Though yes, she is special. Even hot with spiked hair on That 80s show. In fact, I’m still bummed that got canceled. Dennis from Sunny, Britney Daniel, Tinsley Grimes, underrated cast. Thought I can’t say she holds a candle to the original paint on the overalls/pony tailed one 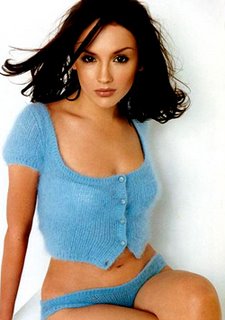 At least they have a name in common And I like the way you’re thinking, but that doesn’t answer the current roster question. So try again. And my all time has to include Moses Malone about 10 years before Elvin Hayes. Rafer is also a given. It would be cool if Adleman had him do some kind of obstacle course to get in the game. Like have to hit 4 threes in a row in practice or something. He’d never play if that was the case.


Hey, back off Rachael Leigh Cook... I claimed dibs a looooong time ago there. I even paid money to see this in the theater: 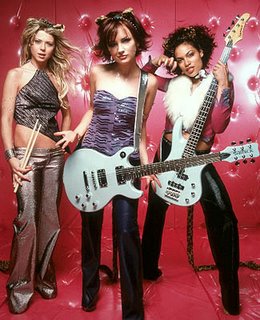 (girls with guitars... super f'n hot) As for my Chyler Leigh knowledge: You see there's this invention called the Internet, and on this invention are websites. Included among them are the Internet Movie Database. It's pretty cool. You should try it out sometime.

7th Man: Scola - he brings energy. May not be as useful as a starter.

8th - Kirk Snyder. Is he hurt? Because he could be huge for us.

Subject: RE: Something new

I saw it opening night. Though, to be fair it wasn't my choice. It was the choice of a former lady-friend that in no way holds a candle to my lovely wife :-)

Nice start to this, let's make it monthly and maybe over a few days next time.