People That Piss Me Off (Week the Third)

Share All sharing options for: People That Piss Me Off (Week the Third)

Another week, another round-up of things that annoy me to no end.

Who is the guilty party this week? No, Rafer, it's not you. Quit being an attention whore. It's okay, I still think you suck though.

Instead we lead off with:

First, you have annoyed me since you were a rookie. Then in your second year get cock-blocked by Jim Jackson when he stole Toni Braxton from you. Okay, that was actually kinda funny, but you got all passive aggressive, refused to pass him the ball - and then demanded a trade.

Then you introduce your wife to the NBA viewing audience. And your annoying kid. 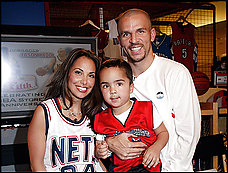 Instead of enjoying watching Robert Horry beat your ass in the NBA Finals... I have to keep seeing cutaways to your wife and kid on the sidelines. Joumana is a media whore and your kid has a more mis-shaped head than Billy Madison.

That post-season annoyed me so much, I almost agreed with Bob Ryan's assessment of Joumana.

Oh, let's not forget that you beat your wife. I have no tolerance for wife-beaters. None. I bet Lee doesn't, either (unless your name is Warren Moon.)

This week you make the list because you are now on strike apparently. Don't deny it. You don't like your teammates so you didn't feel like playing. Making googly-eyes at LeBron and Kobe will not help your cause either. Your story doesn't add up for one basic reason: you've played through knee problems for many years now (microfracture surgery, etc.), and yet one lousy headache keeps you stuck in the locker room? Weak, dude. 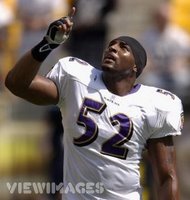 Dude, your team lost. You choked. You are not God's Linebacker (Kitna would certainly veto that notion). Quit blaming the refs when you, in fact, got the benefit of all the calls for the first three quarters. And put that knife away.

4. Over-betting poker players whose favorite two words are "all in".

(really, do I need to explain this? I thought not.)

5. The white, yet also Spanish, reincarnation of Gary Payton. Also known as this guy: 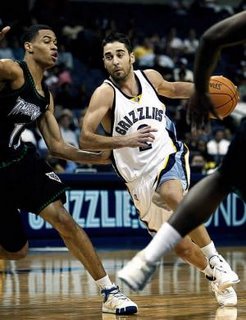 Juan Carlos Navarro. He made Rafer look foolish a few times. And he was killing the Rockets in the first quarter on Wednesday. And he can actually *make* that floating flip shot Rafer airballs all the time. Makes me jealous. And pissed off.