Hello, everyone, and welcome to this special edition of "I Know White People"! Our celebrity guests today are members of the Houston Rockets professional basketball team.
(audience cheers wildly)

Uh, Yao can’t make it today. He said he’d rather be practicing his free throw shooting. I’m filling in for him.

I’m Rafer Alston. You might also know me as "Skip to my Lou" from my time…

Oh, never mind. Moving along, as I am sure the home audience knows our game today is a spin-off of the wildly popular "I Know Black People". As always, the questions today explore pop culture, slang and stereotypes commonly associated with Caucasians like myself. Let’s find out which of you best knows white people, shall we?


Today’s first question:
What movie won the Oscar for Best Picture from 1996?

Yeah, Scarface! That movie was kick-ass!

No, Scarface is not the correct answer. For one, it did not come out in 1996, and two, it did not win any awards, much less an Oscar.

Actually, fellas, the winner of the Oscar that year was none other than The English Patient. It was a very touching and heartfelt love story of a nurse attending to a plane crash victim during World War II. Juliette Binoche also won an individual Oscar for Best Supporting Actress and Ralph Fiennes was robbed of his award.

Now for Today’s second question:
Who won the NEXTEL points championship for NASCAR this year?

NEXTEL? Is that the gay walkie-talking phone thing?

Oh, I know – the dude that has that hot-ass wife. The actress and shit. She was in that movie Heat – now that was a badass movie!

Someone mention a white girl?
WHO WANTS TO SEX MUTOMBO?!?!

Guys, come on, you’re close but Dario drives in the Indy circuit. NASCAR is a different racing league with different cars. The correct answer is Jimmie Johnson. He also won the race for the Cup in 2006 as well.

Jimmie Johnson? That does sound like a white boy’s name. Is his wife hot?

Pardon me, but I would like to point out that Shane’s answer is correct! That’s two for Shane so far!

Today’s third question is:
What is "Generation X"?

X? Is that like all the kids of Malcolm X?

No, dumbass, it’s the disc of remixes from Terminator X – you know, Public Enemy!

Yeah, how’d I forget that?! Damn, I miss Chuck D and even Flava before he went all crazy and shit.

Ummmm, guys, that’s not correct and I fail to see how that has anything to do with today’s topic. Shane, do you know the answer?

Well, Chuck, Generation X is not exactly an official term, but it refers to the generation of people born between the years 1964 and 1980. This generation is also known as the "slacker" generation and the terms have been used interchangeably in pop culture and political discourse.

Man, fuck you and your Duke degree. Did Coach K tell you all these answers?


Who is this man? 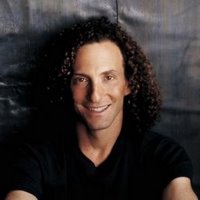 Probably one of Battier’s professors at Duke. Fuck this.

Oh, Novak made me watch Office Space recently, is that Michael Bolton? Novak won’t shut up about that guy.

Actually, Tracy, the man pictured here is Kenny Gorelick, better known to his fans as "Kenny G" – for he is a popular saxophone player and musician. He is best known for Breathless which came out in 1992. It sold a few million copies and made Kenny a household name.

Bitch, I am about to kick your ass.

Wow, Shane, you really do know white people! That is also correct!

Well, that about wraps up today’s show. Our winner and champion in impressive form today is Shane Battier!

[announcer] Congratulations, Shane! For your efforts, your prizes are Season One of the hilarious and thematic TV show thirtysomething on DVD; a family size jar of mayonnaise; and last, but not least, an autographed copy of Kenny G’s Breathless CD!

Wow, thanks! This is awesome!

Holy shit, I forgot about you Reefer. Thanks for not trying to answer any questions today.

Oh, yeah, sorry about that. I was busy daydreaming about my awesome jumpshot.

What about you, Shane?

Ummm, that’s a personal question and I do not feel comfortable discussing it in such a public forum.