I heard on the radio this morning that's who we are playing tonight, The Big Green. I was totally pumped, because I thought we were playing the Celtics, and those guys are good. 26-3 good. That's incredible good, in case you were wondering, that's on pace for 78-9, okay, well there aren't 87 games in a season, but I'm not very good at math. I think it works out to like 74-8, and in case you were wondering, that would be better than the 95-96 Bulls record of 72-10. Of course they haven't played the Spurs, the Suns, the Mavs or the Hornets yet. But I'm still glad we're playing: 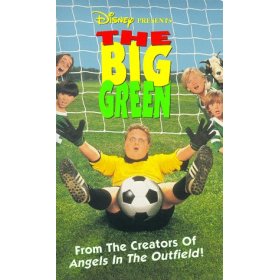 Does Patrick Renna really think he can guard Yao? He has to be their center, right? He's been Ham Porter (shit talking catcher), Larry Musgrove (shit talking goalie) and The Sandlot (the inarguable greatest baseball movie of all time) tells us that he will one day become the great Hambino, surely he is the most talented sports kid of all time. Though to be fair, Squints plays for both teams as well.

We are also lucky for this, tonight we get this on the sidelines: 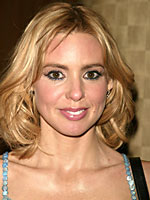 And that's awesome, I got my first crush on her when she was Kevin Arnold's older hippie sister. And seeing that she not only knows soccer, but now apparently knows basketball too? If I wasn't in love with my wife, I'd be a huge Big Green groupie.


To top it all off, Steve Guttenberg will be there, and who wouldn't get excited for that? Hell, maybe Micheal Winslow will show up and do some sound effects to show some love for his Police Academy partner in crime!


What's that? We really are playing the Celtics??? FUCK, those guys don't suck. They even found a way to make Kevin Garnett smile again, that does not bode well. 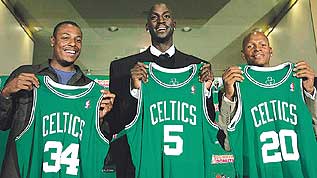