The Rockets and Married... with Children

Share All sharing options for: The Rockets and Married... with Children

In an attempt to lighten the mood instead of another rant about Rafer's suckiness or T-Mac's surliness... we harken back to the whimsical nature of blog in comparing members of the Rockets to random pop culture figures. You know, from TV shows, movies, other icons. The first attempt seemed to be a hit, and now it's time to see which Rockets most closely resemble characters from Married... with Children.

(full disclosure - Married... with Children and the Bundy family is my favorite TV show of all-time and gave us the greatest individual TV character of all time in Al Bundy.)

We therefore must lead off with Al himself... and who better epitomizes Al Bundy right now than one Tracy McGrady? 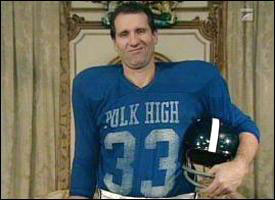 Al - was a stud athlete in high school. Was all-city his senior year as a running back. Was the star of the football team. Had his high school's football field named after him (until he blew it up). Claim to fame is scoring 4 TDs in one game, even though it's not anywhere close to the record. Injuries wrecked his football career - and his future. Typecast as a loveable loser.

Tracy - is originally known for going straight to the NBA from high school. Was a stud athlete at the same age and was destined for stardom the moment he joined his cousin in Toronto. Would have had Orlando's stadium named after him (until he blew 3-1 playoff leads). (edit: Apparently Tracy's high school gym *is* named after him!) Claim to fame is scoring 62 points in one game, even though it's not anywhere close to the record. Injuries are wrecking his career and his reputation. Soon to be typecast as a loser... maybe not so loveable. 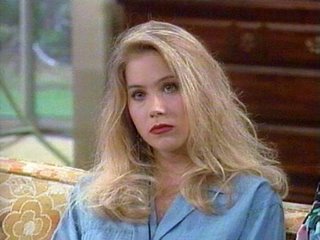 Kelly - is the reason most anyone (especially teenagers) ever watched the show in the early stages of its TV run. Everyone likes her and she's very, very popular among her classmates. Is able to speak functional English, but often runs into malapropisms and bad puns. Perpetually optimistic.

Yao - is the reason most anyone in China ever watches the Houston Rockets (or any NBA team) play. Everyone likes him and he's voted to start at center in the All Star game every single season. Including this year. Is able to speak functional English and no longer needs a translator, but often makes bad puns and regularly turns awkward phrases (except when he's calling his team soft). Perpetually optimistic, even when refs screw him over. 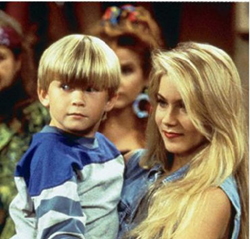 This one is too easy. Seven showed up one day... nearly caused the show to Jump the Shark. Disappeared forever without explanation save for his picture on the side of a milk carton. In contrast, we just hope Rafer disappears one day... never to show up again in a Rockets jersey. And that the Rockets make no effort to explain how/why they got rid of him. 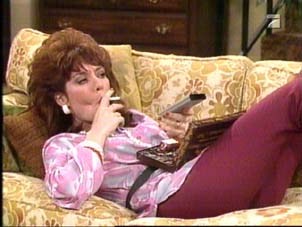 Peggy - had a lot of potential and promise in high school (should have been named Reunion Queen). Cashed in by marrying Al (who was supposed to be a big football star). Now just sits on the couch, does not work and eats bon bons all day. Loves Oprah. Drives Al and the kids crazy. In those rare moments there is money to spend, is often very selfish in spending the money on things for her (fur coats, shoes, dresses) and not groceries for the rest of the family.

Mike James - showed lots of potential in 2004 when he first joined the team. Had a career year with Toronto and cashed in with big contract with the T-Wolves. Ended up a relative disappointment. Now just sits on the Rockets bench, and might as well be eating bon bons on the bench. Once compared himself to a prostitute. Drives Rick Adelman and Rockets fans crazy. In those rare moments he gets to play, is often very selfish in his shot selection and makes little effort to feed the rest of his teammates (even when they are open). 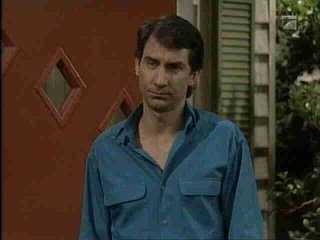 Rhoades - first name is Steve. Was once an integral part of the show. Randomly left the show one day and was replaced by a far superior character. Became seriously depressed and was never the same again. Tried to impress Marcy with his Lincoln Towncar - only to later reveal that he was merely the hired driver for another rich person.

Francis - first name is Steve. Was once an integral part of the Houston Rockets. Was traded and replaced by a far superior player. Became seriously depressed when Cuttino Mobley was traded by Orlando and was never again the same person/player. Still has no reason to wake up in the morning. Tried to impress fans with his dribbling and showboating - only to later reveal that he wasn't really an All Star-caliber player (see New York Knicks era). 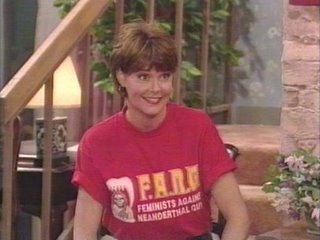 Marcy - was once rich and successful and drove fancy cars. Suddenly divorced. Is often called a "chicken" by Al. Lives in Illinois.

Luther - was one a part of a very successful and nearly undefeated Illinois college basketball team in 2005. Somehow lost the Championship game to North Carolina. Went to college at Illinois. Would amuse me to no end if his nickname was "Chicken Head". 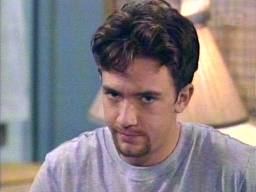 Bud Bundy - is very short considering his parents and sister are both very tall. Often the brunt of jokes being the youngest and most gullible Bundy. Has a goatee. Is often made fun of for not having much luck with the ladies, but actually scores more often (and with attractive women) that you would realize. Lived in his parents' basement when he was in his 20s.

Aaron Brooks - is a midget. Often the brunt of jokes and pranks given that he is a rookie in the NBA. Has a goatee (which makes him look like Chris Rock's younger brother.) Is often made fun of for not having the best jumpshot or the ability to score, but actually can score more often and easily than you would realize. Went to Oregon for college, which might as well have been someone's basement. Though we love the Oregon cheerleaders. 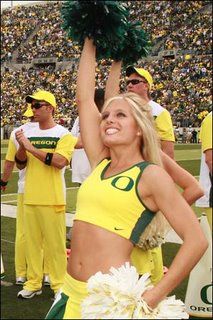 Chuck Hayes = Buck the Dog. Both integral parts to the team/show/family. No discernable skills, yet the team/show would be worse off without them. Neither seems able to talk. Or shoot free throws.

Bonzi Wells = Psycho Dad. Because both look like they would/could kill you. For no apparent reason at all.

Rick Adelman = Ephraim Wanker. The elderly father figure. Yet both seem clueless whenever the camera is on them.

Shane Battier = Griff. Shane is the veritable sidekick to Yao and T-Mac. Obviously likes hanging out with a lot of white people. Griff is Al's co-worker and most loyal NO MA'AM friend.

(other comparisons are more than welcome in the comments!)


More From The Dream Shake