The Rockets are slowly trying to kill me. I am starting to think that watching Rockets games is the modern evolved version of "The Machine" from The Princess Bride. Last night's game just sucked one year of my life away.

So allow me to explain... wait, there is too much. Allow me to sum up. The Rockets escaped and got lucky and won their 8th in a row. Barely.

Anyway, sticking with the theme - let's compare some characters from last night's game to the movie itself: 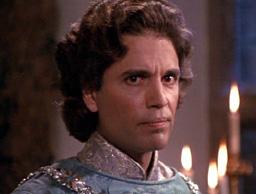 McGrady is the man in charge, with all the power and authority to play the game however he wants. And yet in the end, his cowardice seemingly overwhelms everything. Afraid to take the big shot, afraid to try to take the ball to the basket, afraid to make a decision.

Seriously, you pass the potential game-winner to Novak?!?!

Rick Adelman, definitely Inigo Montoya. Before he sobered up. 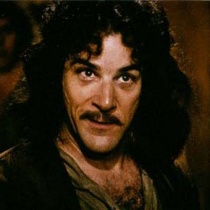 Adelman was definitely in the revenge business, trying to get even with the team that fired him two years ago. But leaving Steve Novak in for the entire fourth quarter -- while keeping both Scola AND Landry on the bench? That is his "I know something you don't know - I am not left-handed!" moment. Fortunately, Novak didn't kill him.

Yao... Fezzik. Is there really any other choice? 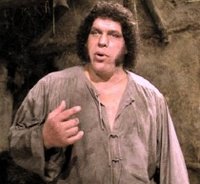 "Everybody MOVE!" Hell, I could even see Yao doing the rhyming thing on the bench. Anybody want a peanut? Problem is, like Fezzik, Yao was a little too slow in the post and didn't have time to hit anyone in the head with a rock. And yet he still finished with 25 and 14.

Ron Artest? The Count. Though I cannot verify that he has six fingers on his left hand. And yet I *can* be sure that someone is looking for him. The dude is crazy. 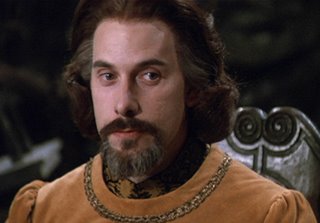 Artest's 4th Q last night was the equivalent of torture. Slow, plodding - and yet we could not stop him. I could definitely imagine him saying this to Rick Adelman last night after the Kings took that one point lead:

Crazy Pills: [Adelman stands up after getting stabbed by a knife thrown by Artest] Good heavens. Are you still trying to win? [Adelman falls back against the wall]

Crazy Pills: You've got an overdeveloped sense of vengeance. It's going to get you into trouble someday.

And yet... the Rockets won. Because of?

Steve Novak, the Man in Black. 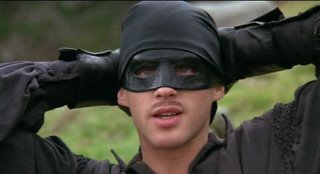 He looked weak the whole 4th Q, and no one could explain why Inigo, er, Adelman needed him so much and was so stubborn in keeping him in the game. Then at some point, Novak took Miracle Max's pill... and had just enough strength left to sink the game-winning 3-pointer, win the game and save the day.

Rockets now head into the All Star break on an 8 game winning streak.

Yes, I know I left out Rafer from this story. I didn't want to include the kissing parts. 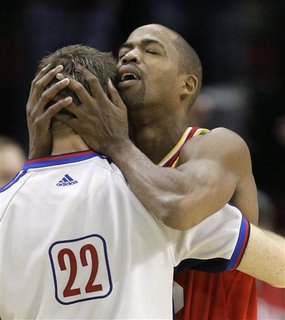