Happy President’s Day everyone! I’m sure you, like me are actually at work today, so while it’s a great day to reflect back on some of the great presidents of the United States of America, the inarguable greatest country in the world. In honor of this day, I had a idea a while back to come up with a top 10 list of Rockets as they relate to the top ten Presidents in US History.

Wikipedia has a bunch of rankings. Things I believe 1. JFK was a shitty president; any ranking with him in the top ten is bullshit 2. As much as I love Ronnie Ray-Gun and believe he is a top 10 president, I don't want controversy. 3. As much as Bill Clinton the person makes me laugh and I actually like him, he is not a top 20 president

I kind of like the Wall Street Journals list and even though it made number 2 an issue, I said screw it. I don’t agree with it completely, but it’s the closest to what I do believe to be the top 10 in US History. So here it is, the Presidents of the Houston Rockets. 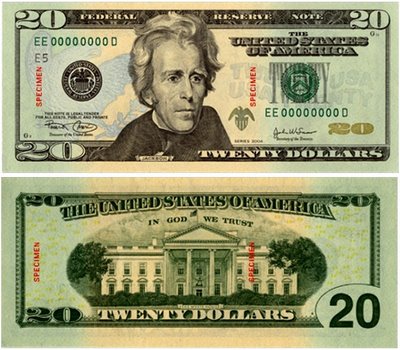 Andrew Jackson was nicknamed "Old Hickory" because he was renowned for his toughness. I’m actually a little pissed off that I never called Otis Old Hickory. That would be a perfect nickname for him. They are also in the top 10 of all time in odd categories, Jackson in most bullets left in him from duels, and Thorpe is 10th all time in personal fouls. A few items of note about Otis, taken directly from Wikipedia: 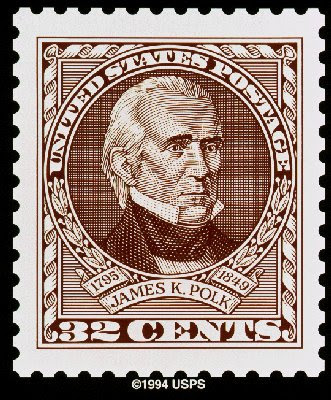 Polk was the 11th president, and in his first stint with the Rockets Hayes wore number 11. Am I stretching it with this comparison? You bet your ass I am. I have to admit, I really don’t know much about Polk or Hayes. They both accomplished what they set their minds to. Polk completed the manifest destiny of the US and Hayes made it to college as the first African American alongside Don Chaney on the Houston Cougars. Considering he didn’t start playing basketball until right before High School, that shows some pretty good will power. I never got to see Elvin play, and he only had 5 or so seasons with the Rockets, but he’s a Hall of Famer and played college ball in Houston as well, so he’s on this list. 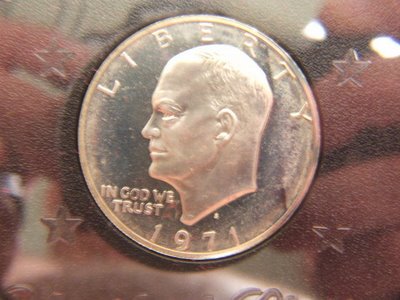 My favorite non-Hakeem, non-Yao Rocket of all time and my favorite president of all time, pretty fitting. I like Ike and I like Big Shot Rob (Bob is bullshit, his name is Robert). DDE is a Texan and the first Texan born president, Horry started his career in Houston both had extremely successful. Eisenhower tried to get into the Naval Academy and was denied, he then went into the Military Academy at West Point, graduated then managed to kick German ass all over the place after graduation. Horry came to the Rockets as most people wanted Harold Minor, but kicked ass quickly and as a young guy won our first two (and so far only two) championships. Both were appreciated more in history than they were when they were actually around, Horry after he left the Rockets and Eisenhower after he had been out of office for a while. Plus Ike is Al Bundy's favorite President, and Al Bundy knows all. 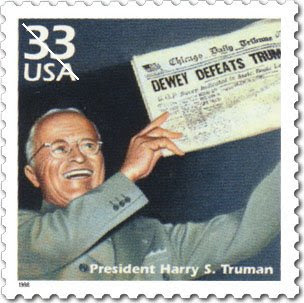 Clyde was only with the Rockets a few years, but his total career and his contribution to the Rockets second championship are enough to make this list. Much like Truman his career accomplishments were much more impressive as you look back on them. He was always a great player, but Jordan overshadowed him his entire career. Truman was a very good president (for a Democrat) but was sandwiched between FDR and Eisenhower. Truman effectively ended World War II with the atomic bomb and was around for the founding of the United Nations, the Marshall plan, the Truman Doctrin, the creation of NATO and the Korean War. Clyde was named one of the 50 greatest of all time, has a top ten nickname (The Glide), played in 10 All Star games, 35th in minutes played even though he is 54th in games, 26th in field goals, 39th in offensive rebounds, 26th in assists, 7th in steals, 26th in points, and 17th in Win Shares. 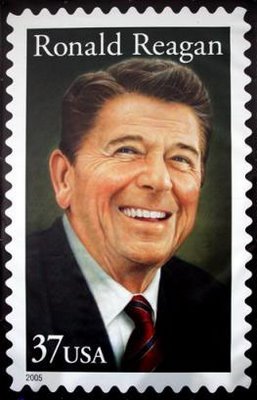 My favorite president of my lifetime and my favorite Rockets coach of all time. Both had two different successful careers. Reagan as an actor and politician and Tomjanovich as a player and then a coach. And as Dave put it when I was tossing this idea around, "They are both hugely popular and head shots still can't kill them as Kermit Washington and that Jodie Foster fan proved". I had written something pretty similar in my notes, but not quite as straightforward. I still think that Reagan’s Alzheimer’s and Rudy’s health problems late in life had to do with these two events. They were both good guys by all accounts and cared about others. 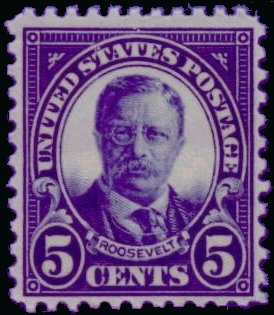 Both were relatively young when they started, Tracy straight out of High School and Roosevelt was only 42 when he took office and is the youngest to ever do so. Tracy was one of the first successful straight to the NBA players, and Roosevelt was the first Vice President to succeed a President in turn elected on his own to office. Both have nicknames that start with a T, TMac and Teddy. Both were successful with different roles, McGrady as a member of the Magic and then the Rockets and Roosevelt as Vice President/President and then Governor of New York. Tracy has been outspoken about Darfur and Teddy was one of the first presidents to appoint African Americans to governmental duties. My favorite ridiculous association is that the Teddy Bear came about because of Roosevelt and lots of kids use them to help them go to sleep, and TMac always looks like he’s sleepy and needs Clutch to help him get a nap.

Jefferson is the author of the Declaration of Independence bringing independence to the United States of America and Yao Ming is the first Chinese born player to contribute and be drafted highly in NBA history. Jefferson was a member of Virginia royalty and Yao was born of Chinese basketball royalty in the form of both his mother and father. Jefferson was in college at the age of 16 and Yao first played professionally on the junior Sharks team at the age of 13. Yao started his basketball career in China and played on the Chinese National team and Jefferson started as a state legislator and then as Governor of Virginia. In Jefferson’s political career and in Yao’s early NBA career they had tough times. Virginia was invaded twice by the British as Jefferson served as Governor and Yao had to start his career on a team that prominently featured Kelvin Cato, Moochie Norris and Cuttino Mobley. The final connection for now comes in the fact that Jefferson first played second fiddle to John Adams as his Vice President and then became President on his own. Yao played second fiddle to Steve Francis and then to Tracy McGrady, but now is the sole All Star on the Rockets, leading the team on a daily basis. 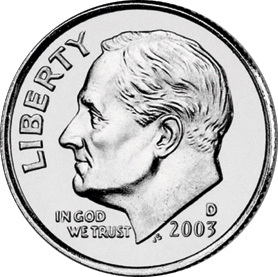 The greatest comparison I can make is that FDR created Welfare, and Calvin has about 30 kids by 35 different mothers, or something like that. Calvin shot the ball from about 30 feet half the time and in my mind helped create the idea for the 3 point line, FDR made the US institute a term limit after he was in office for 4 consecutive terms. FDR is from NY and Calvin played college ball at Niagra. Norwalk High School where Calvin attended is at 23 Calvin Murphy Rd and countless High School’s in the US are named after FDR. Calvin was only 5’9 but never let it stop him overcoming his height to become an NBA All Star and Hall of Famer and FDR overcame Guillain-Barré syndrome and paralysis, never letting it stop him and was one of the greatest Presidents of all time.

Moses was the first player to go straight out of High School to the ABA/NBA, Lincoln had little formal education, but self educated his way to becoming a lawyer and legislator. After a successful but not particularly awe inspiring beginning to his career, Lincoln returned to politics with a vengeance, ultimately becoming President. Moses started out his career in the ABA and had a good one, but it wasn’t until he became a Houston Rocket that it really took off, killing the league with his offensive rebounding, his third year in Houston making his first of 12 consecutive All Star teams. Lincoln was in office for 5 years, and Moses was on the Rockets for only 5 years, though the Rockets turned the pick they got for him into Ralph Sampson. I couldn’t come up with a comparison for the Emancipation Proclamation because, well come on, the guy freed America of Slavery, there aren’t many things in history better than that, Moses is African American though, so in the long run, it certainly helped him.

The greatest player in Rockets history and the greatest president in US history, pretty simple really. Olajuwon is a Houston institution, our Nation’s capital is named after Washington. Olajuwon lost the NCAA championship but won the NBA championship twice and Washington lost many battles, but won the ones that counted, helping the US win it’s independence from Great Britain. Hakeem presided over the Rockets only two championship seasons, and the greatest season in Rockets history. Washington presided over the birth of the United States, and creation of the US as a world power. Washington’s face is on the one, was the first president and was originally a British citizen. Hakeem is the face of Houston basketball, won the first championship in Houston history and was originally a citizen of Nigeria.

That wraps up this edition of "Houston Rockets as…".
Thanks for stopping by and again, Happy Presidents Day!