Share All sharing options for: We are winning 14 in a row! Book it!

After tomorrow, the Rockets will have the longest winning streak in the NBA all season. 14.

Portland won 13 in a row earlier.
Detroit has a couple streaks beyond 10 games.

But the Rockets will have the longest. And most distinguished.

Am I overlooking Memphis? Uh, yeah. If we can't beat Memphis - our whole "we are making the playoffs!" push will seem rather pointless. Sure, Memphis stole one from the Rockets earlier this season. But that was when they had Pau. Now they don't - he's out banging groupies in Los Angeles as we speak.

Besides, we have "Luis Landry" - a pretty good combination. Which we didn't have last year when Yao went out. From David Thorpe's Rookie Watch on ESPN.com:

"• Luis Scola's consistent production is an important part of the Rockets' success. Chuck Hayes, who used to be the Rockets' starting 4, is a glue guy with no offense, while Scola is just as "gluey" and is a capable scorer. He can play off of franchise guys or get his own shot when needed. 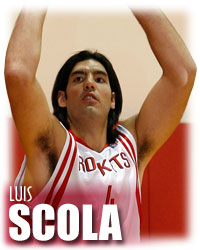 • The Rockets have the luxury of playing Carl Landry behind Scola, making Houston strong at the power forward position. Landry could start for some teams right now and is going to be a relative force in this league. Amazingly, at 24 years of age, he's not even the oldest rookie on the team (Scola turns 28 in April)." 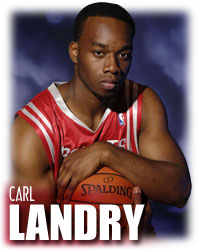 The Rockets continue streaking....... tomorrow night at home against Memphis.