Share All sharing options for: The Cookie Monster has played in the NBA for a very long time

Dikembe is scheduled to be honored at tonight's game. The reason? Because he's played a very, very long time in the NBA. It may or may not be a retirement ceremony.

"It is a celebration of Dikembe Mutombo's career as it's getting close to saying goodbye to the game," Mutombo said, laughing. "Am I putting it correctly or not?"

Uh, yeah. I'm confused, too. Then again, the Cookie Monster was supposed to retire after the 2006 season. Apparently Yao is a funny dude, so Dikembe decided to stick around. Then he was supposed to retire after the 2007 season. But Yao got hurt and it appeared that Dikembe was able to offer things to the Rockets beyond comic relief to bench players. So he kept playing. 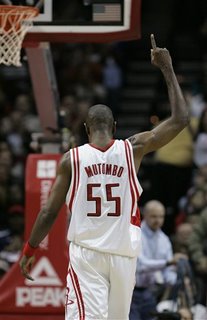 I have no problem with it. Bring Deke back next year. 7'2" centers that can actually play don't exactly grow on trees. They just look like trees.

Maybe David Stern and Leslie Alexander will offer Mutombo a giant chocolate chip cookie as incentive to return next year? The Cookie Monster can't pass that up, can he? 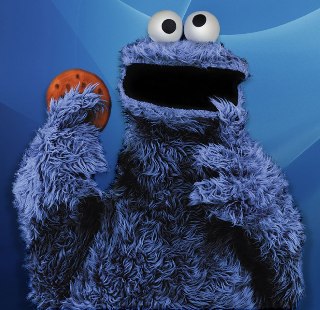 Oh, the Rockets play the Timberwolves tonight. But Minnesota is cover-your-eyes awful at basketball, so the Rockets are able to focus on Dikembe's party and still hopefully win.