We apologize greatly for not seeing this news when it was first announced, but:

That's what you get when your team makes the entire NBA its collective bitch for an entire month. Rockets go 13-0 in February... which just so happened to coincide with Scola being named a starter. Hmmmmm...

Yup, it's official. Luis Scola is a complete and total badass. 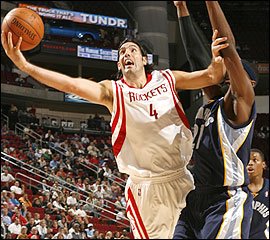