The 2007 (October through December 31st) Rockets were a team unsure of themselves, prone to turnovers, sloppy defense and a healthy tendency to stand around and wait for Tracy McGrady to do something. With Tracy mirroring that effort and refusing to keep the ball moving. (We did have Yao, and he's a badass, but Tracy was a black-hole for most of December. And don't get me started on the '07 version of Rafer.)

The 2008 Rockets, i.e., the post-January 2nd Rockets, were a completely different animal. And yes, stick with me - I used the term "were" intentionally for the moment. T-Mac got hurt, Yao was getting angry and the proverbial light bulb came on. The Rockets started winning. By the end of January, the Rockets had their shit figured out. 22 times in a row as evidence of that. Tracy had returned to being T-Mac. Rafer sucked slightly less than was expected of him. We found a way to jettison Bonzi and Mike James. Carl Landry was allowed to come out of the locker room and actually play. Scola forced his way into the lineup. It was a beautiful thing. 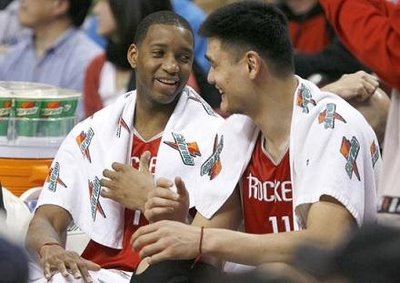 Because -- on both ends of the floor -- the Rockets were hustling, moving the ball and making the other team work for everything. We were getting good shots and preventing the bad guys from taking good shots. That's usually the formula for success, and we owned a strangehold on it for over two months. 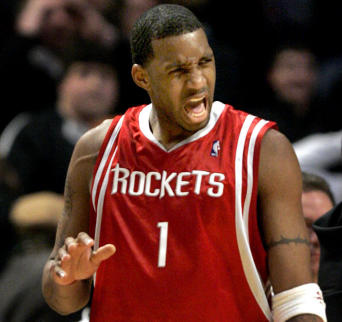 Losses in the past few weeks to Utah, Denver, Sacramento, San Antonio, and Phoenix (the 3/22 game)... not good. As Marv Albert would say, "the Rockets are showing some signs..." -- just not the good kind of signs. No. T-Mac turned back into Tracy, which is to say the unnecessarily contested three-pointer in transition became a staple of our offense again. The ball movement slowed, or wholly disappeared. The defense was there, but we all of a sudden stopped getting all of the loose balls. Dikembe's finger wag only appeared once or twice a week, instead of once or twice a quarter.

I wrote it off as post-Streak blues. It was to be expected, right?

Today? Well, now that the Rockets blew a chance to be the #1 seed, and now can't get any higher than the 5th seed, is definite cause for concern.

I watched about half of last night's game (hey, I have a trial this week - I'm busy!!). But aside from the constant effort put forth by Scola and Battier, the Rockets look burned out. The NBA has a scouting report on Carl Landry now. That and he doesn't seem 100% healthy. McGrady's bad body language is back. He scowls at everything now and has become stand-offish. Not good!! Rafer is sucking again. Luther Head is shooting better, but still can't make a post-entry pass.

(Of course, our rookies are still kicking ass. Rookie wall my ass!)

The problem is that we now face a very strong likelihood of seeing San Antonio or Utah in the 1st round. The same two teams that have destroyed this incarnation of the Rockets recently. And we won't have the homecourt advantage. Utah is only 37-4 at home after last night. San Antonio isn't much worse - at 33-7. The Rockets will probably have to win at least 2 road playoff games to have a chance. Yikes. Two weeks ago, I'd have said "no problem." Today... color me concerned.

I know the Rockets can do it, but they are feeding off Tracy's negative energy right now. Kinda like Ghostbusters II. 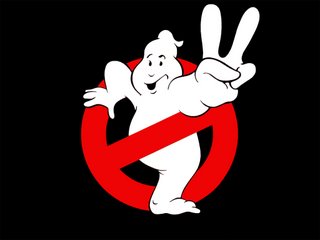 So, who ya gonna call? Well, uh, we can't exactly call Yao Ming. Or Hakeem.

We have less than one week to figure this out. Let's get it together, guys!