And why Initech? Because Tracy McGrady is a big pussy. 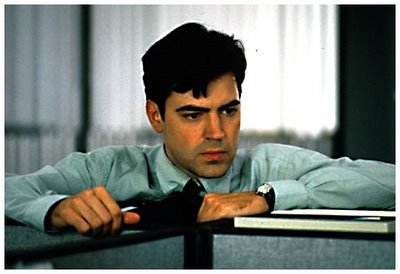 That's it. I am done with you, Tracy McGrady. No more T-Mac. It's like Anakin Sywalker has complete morphed into Darth Vader. Except that you are not a nubian god and you aren't the least bit scary anymore. You have devolved into a giant choking machine. You are far worse than the Cowardly Lion, because at least the Lion knew what a giant pussy he was and tried to find courage. You.... well, not even the Wizard could help you I think.

Yes, you played great for 36 minutes. Yes, you almost had a triple double. No, I don't give a shit. The only stat that matters is the one that has a "W" in it. And let's not forget the backbreaking 5 turnovers. Meanwhile, you now are now 0-2 on Ws when it matters this year. You fucking lost two home games. To fucking UTAH!

What happened to T-Mac? The guy who dunked on Shawn Bradley's head?

We can publish the obituary tomorrow, because he is dead.

I should have known. The very first shot you took... 30 seconds into the game... a contested three-pointer. And why? No one has any clue. Tonight? 0-4 on 3s. 5-9 on free throws. 9-22 from the field... which isn't on its face too bad, except that the fourth quarter AGAIN produced 0 FGs from anyone named "McGrady." You are the anti-Kobe. And now you are dragging Houston and Yao Ming down with you. When push comes to shove, McGrady settles for jump shots. Again.

I watched the game tonight from a local bar with a bunch of Rockets fans. I even brought along a Pistons fan friend of mine with me. The whole game she kept asking me "why is Tracy taking difficult jump shots? Are they even double-teaming him?" Answers: I have no fucking idea and no. In Game 1, you got locked down by Ashton Korver... then you blamed your teammates because you couldn't get open. In Game 2, Utah played straight up... and you still couldn't make much of a difference. Sure, you got 13 rebounds and 9 assists, and I am sure you will quote this to the first reporter who asks you about how well you played. You just have no idea what it takes to win AND be a team player.

It's sad that it has taken me this long to realize that you just are not programmed to win when it matters. Toronto knew. Orlando learned. Houston is now suffering through it. I don't doubt that you like playing basketball, Tracy. I just don't think you are willing to make the necessary sacrifices to be great. Which would be okay if your name was "Rafer Alston" but it's not. You are paid to be a star and at least win a freakin' first round series. Instead, you are now 2 games from being 0-7 in your career in Round 1. Shit, even your cousin Vince Carter found a way to accidentally win a playoff series or two. And EVERYONE thinks he is a giant douchebag. What does that make you, Tracy?

The worst part of tonight is that the rest of the team played well (for the most part). Granted, Luther Head needs to be packaged along with Tracy whenever we trade his carcass back to the Eastern Conference. And sure, I bet someone is going to point to Scola's 4-11. But Scola is the exact opposite of McGrady. Scola catches the ball and looks to inflict punishment on his way to the basket. There's no fading away. Scola is energy... all the time. And pure aggressiveness. And he still managed 14 points and 5 rebounds. You can't blame Scola. Or Battier. Or Bobby Jackson. Or Dikembe. Or Chuck Hayes. Or Carl Landry - who is barely 50% healthy.

I'm angry that such a promising season ... one with a forever memorable 22 game winning streak ... is 2-3 games from ending on such an anti-climactic note. Scola and Battier fought to win tonight. Tracy McGrady sat back and watched.

Yes, the call on Scola against Andrei Kirilenko was complete and utter bullshit. Andrei flopped. Everyone knows it. But here's the thing. It should NEVER have come to that. The Rockets rise above such things. The REAL Rockets. The version with the Heart of a Champion. That version did not take the court tonight. Or Saturday. That version seemed to have died on March 18th. 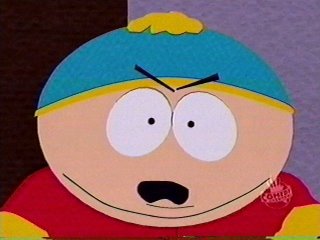