The tribunal of the badasses

Share All sharing options for: The tribunal of the badasses

So apparently Yao and Luis Scola are text messaging buddies. Which has to be interesting considering that neither of their native languages is English. Then again, both men are complete and total badasses... so it would only seem natural that they would seek each other's counsel and opinion following monumental moments like the Artest trade. 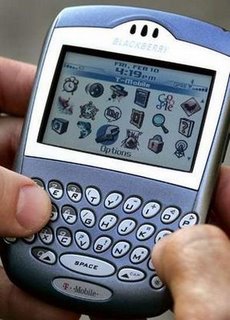 Yao: "For some reason, I like (Artest) ... Because in the games we play against him, I hate him."

"When I text messaged with Luis, we talked about team chemistry. That's only what worries us."

"We worry about the new attitude to the team. We are adding talent to the team and we need that, but building team chemistry is important. This is not bad. I don't mean he is not welcome to Houston. But a new player always needs some time."

"Also, he was the biggest part of a team in Sacramento. He was a star player. We need more chemistry and more communication."

Translation? Hey, Crazy Pills, you're cool... but you better help us win and not f--k up a good thing we have here. And you better pass me the freakin' ball when I am open.

Also interesting to note -- I guess T-Mac isn't worthy of being involved in the Yao/Scola conversation. He's still a "star" player of sorts, but apparently he lacks the requisite badass characteristic to be part of this particular tribunal.