If the rumors are correct, that means we get a 20+ ppg player who is also a former DPOY to match up with Yao, Shane, Scola and Battier. All this because we sneakily drafted/acquired a rookie who put up 40 in a summer league game. I don't think one single meaningless game has ever had such a profound potential impact on the future of our franchise.

The only problem is that Ron and Shane basically play the same position. And that position is not point guard. Which means we still have guys named "Rafer" and "Luther Head" on our roster. And not Bobby Jackson. Which means we don't have a point guard. Hmmmmm... awww, the hell with it. Daryl Morey once again showed tonight why he's a genius!! He'll figure something out.

Damn, I am for the first time this offseason really (really) excited for basketball season again! I can't wait to face Utah again now. Just try those bully tactics with Crazy Pills to deal with. It won't work like it did against Tracy. The other added bonus is when T-Mac starts to whine and moan, we are going to have a locker room enforcer to tell him to man up and quit being an Initech employee.

We now welcome to the family a Tru Warier. 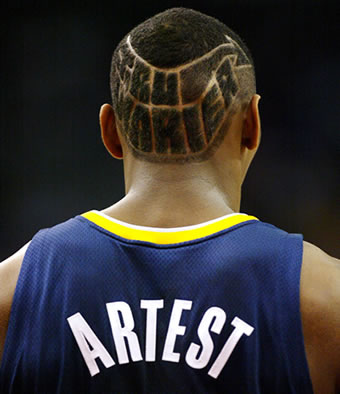