Rafer is compounding his mistakes

Share All sharing options for: Rafer is compounding his mistakes

So... Rafer "apologized" for his DWI arrest today.

"On behalf of Mr. Alston, he wishes to apologize to the Rockets and the fans... He never intended for this to happen. He is looking forward to putting this behind him."

Mistake #1 - hiring Rusty Hardin's firm to represent you. After the Roger Clemens debacle, hiring Rusty just makes you look guilty. And unlike hiring Johnny Cochran, you don't get the option of "I'd rather look guilty at the mall" here (thank you, Chris Rock). Then again, that leads us into Mistake #2..

Mistake #2 - why the hell are you apologizing? Step 1 should be to deny everything. Step 3 is to profit. I thought this was common knowledge by now?!? 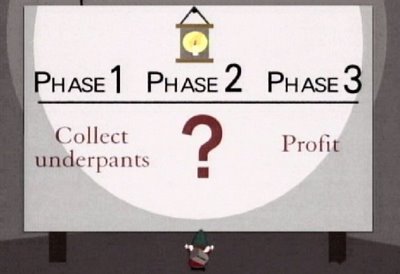 Or, put it another way, you should have used the Bundy Credo!!!
(no, not the one about "hooters, hooters, yum, yum, yum" - I meant the other Bundy Credo!)

Then again, you are driving around Houston with a Canadian driver's license? And you still list your residence as Toronto, Canada? Wow - maybe you and I both agree that you should be run out of Houston?!? We may finally have found some common ground here!

This is my favorite part though:

"The officer described Alston as being belligerent and combative."

Ya don't say? If only you were belligerent and combative in the playoffs, then I wouldn't be asking the Rockets to trade your sorry, drunken ass.