Preseason: A Game of Musical Chairs!

Share All sharing options for: Preseason: A Game of Musical Chairs!

The 2008/09 regular season for the Houston Rockets starts in 8 days.  Eight glorious days away.  Yes, you can be certain Lee and I will be at the game.

I've waited since early May to be able to watch resident badasses Yao Ming and Luis Scola take the court again (damn you, Utah!).  And now I get to watch Crazy Pills play, too?  I can't even begin to describe or measure my excitement!

There is just one problem -- the Rockets are too freakin' good and are too deep at every single position (well, except "true point guard" but that's a discussion for another day).  Right now the Rockets have 16 players on the roster that are NBA-quality players.  16!!!  That's not even including Dikembe, who they hope to sign at some point before the playoffs.  Nor is it counting the possibilty that the Rockets will sign Robert Horry to give sage-like advice about how not to mess up in the first round.  Okay, maybe that's just a little pipe dream of mine...

There's your 16.  At least one of these guys has to be cut by next week... but who?  The likely candidates would be Mike Harris, Von Wafer and/or DJ Strawberry.  What's making this difficult is that those three have played VERY well during the preseason.  Wafer has been especially productive (and surprising).

In a perfect world, Isiah Thomas would still be a GM somewhere and we could trade him Rafer, Luther and Chuck Hayes for the second coming of Chris Paul.  Alas, there isn't another CP3 out there.  Nor is there a GM willing to take on the dead weight that is Luther Head (who, btw, was rated by John Hollinger to be the worst player in the playoffs last year.  Ouch.)

If only Eric Cartman were here to tell Luther to get the fudge out. 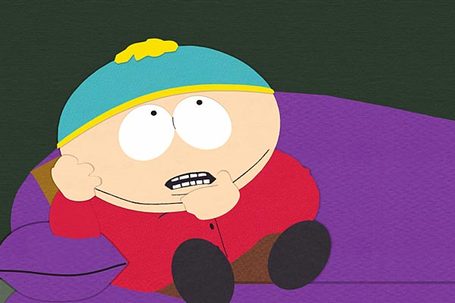 My guess is that Joey Dorsey is the one who is left without a rose and who ends up in the D-League.  Which allows the Rockets to keep everyone else.  At least that gives me material to work with, since I'll be petitioning for Luther Head to be jettisoned every week until he's finally cut or traded.  He's the rare NBA player who has gotten worse with each passing season.  So sad.

I am just happy that the Rockets can legitimately go 15 deep every single night.  Except that the NBA will only let us go 12 deep every night... I guess they have to make it fair for all the other teams trying to keep up with the Rockets.