I'm sorry, but injuries are not an excuse this year

Share All sharing options for: I'm sorry, but injuries are not an excuse this year

Yes, I know Tracy McGrady is already hurt.  I also know that Shane Battier has missed the entire preseason following complications from his offseason foot surgery.  I've also heard a thing or two about Yao Ming having surgery... though I saw him play in the Olympics.  And Yao says he's good to go.

Let me be clear:  This year, injuries are not an excuse.

No, I'm not saying that I demand T-Mac and Yao play 82 games even if they have to get a waiver to use a wheelchair on the court.  Not at all.

What I am saying is that the Houston Rockets are too deep at nearly every position to use injury as an excuse for anything.  The team won 55 games last year with Yao missing the last 1/3 of the season.  They won with T-Mac hobbling around with a bum shoulder and a bum knee (causing him to undergo sugery for the first time every in the offseason).  The Rockets are a veteran-heavy team -- injuries are to be expected.  Not to spoil any surprises, but Yao and Tracy (and probably Ron and Shane and Rafer and Brent Barry) are all going to miss at least 5-10 games this year with various ailments.

Anyone who has any inclination to blame anything on "injuries" this year needs to find a new excuse.  Because this team is too good to let that get in the way.  Unless of course the Rockets take a trip to Cleveland and everyone contracts a staph infection.  Though I will allow for a period of manic depression if this happens to Yao or T-Mac: 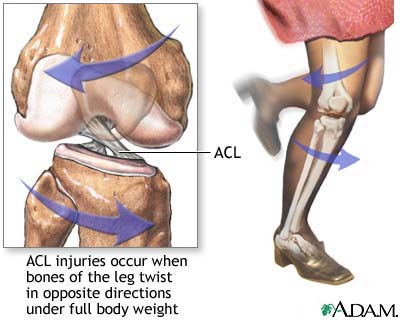 ..... though that would be an extreme situation that no one can foresee.

I will state for the record that I expect Yao and T-Mac to play about 60-65 games each, and that the Rockets will still win 58-62 games.  Why?  Because guys like Luis Scola, Ron Artest, Shane Battier, Brent Barry, Carl Landry and Chuck Hayes are able to step in and be productive.  Hell, they have quite a bit of experience doing just that!

So - repeat after me:  injuries are not an excuse!