It's Always Sunny In Houston?

Share All sharing options for: It's Always Sunny In Houston? 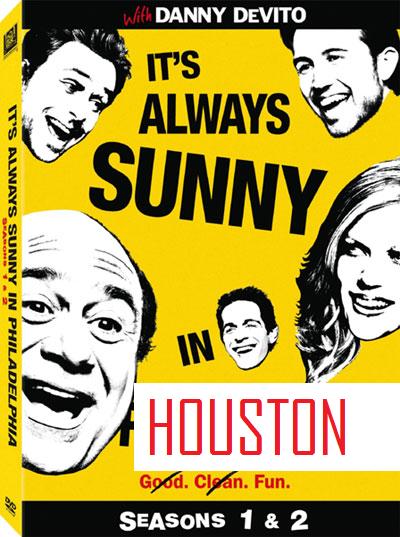 Rafer Alston is the Nightman, he seems like it's a good thing at first, but then you realize something is very wrong.  But if you interpret it like Charlie, he's a good fit

Tracy McGrady may not be all of his former self, but he's still the guy that makes the show work so we have to appease him

Shane Battier - He gets two, just because

You know he's a dancing fool

And you know he has Rick Astley on his Ipod

Luis Scola is the guy you would love to hang out with, but aren't exactly sure you trust his judgement

Carl Landry will force his will on the court, he'll make you with weren't in the same place when he steals your rebound and dunks on you.  Much like Sinbad when you wake up in Rehab

Yao Ming is the owner of evil, the dominant force on the court.  He destroys all that is wrong, he is the Dayman.  Plus, who knows, he may be a master of karate and friendship

Aaron Brooks is the Greenman.  All energy, all the time, always there to make a bad situation great

Chuck Hayes - I can just hear the conversation now.  Come on Rick, you know those guys are just going to hurt you.  They can't provide you with comic relief at the free throw line or lock down D in the 4th.  Come over here to your pal the Chuckster

Luther Head means well, he wants to play hard.  He's even willing to toss himself out there to pay his dues.  Unfortunately, he crashes and burns every time he hits the big stage

Von Wafer is just happy to be here, and he was willing to do whatever it took to get the job

Joey Dorsey, come on , of course I want a free lap dance!