Share All sharing options for: Robert Horry is a Hall-of-Famer (roundtable discussion)

Because Robert Horry is in semi-retirement, a group of bloggers suggested we have a discussion on whether or not Horry should be inducted into the Hall of Fame.  I think we all know my particular stance on the issue, so of course I joined them in this debate.

Robert Horry is a Hall of Famer. The purpose of the Basketball Hall of Fame is to recognize the elite. Be it an elite scorer, an elite defensive player, or an elite distributor of the ball to teammates. There are no specific rules or requirements for "who" is qualified for the Hall. The facts are undeniable that Robert Horry was an essential and necessary piece of seven different championship teams. Without Horry, it is quite likely that none of these teams would have emerged victorious in that particular year. Furthermore, these seven championships were acquired by three different organizations.

In short, Robert Horry is the greatest winner of the modern era. Yes, even moreso than Michael Jordan. Horry has more championship rings than anyone not affiliated with the Celtics (whose own championships are watered-down given the fact that it was an 8-team league that intentionally limited the impact of African-American players).

Every single year Robert Horry played, his team made it to the playoffs.
And they never got bounced in the first round. Ever.

What made Horry great is he did whatever it took to win. Everyone knows about his penchant for clutch shooting. What is often overlooked is his willingness to do all the little things. Everything from a hockey assist, to taking a charge, to closing the passing lanes, to the flawless post-entry pass. These are not things that show up in a box score anywhere other than in the "W" and "L" columns. These just happen to be the most important statistics of all. And Horry made sure his teams filled the "W" columns every May and June.

It is no accident that Horry played in more playoff games than anyone in history. It was not just about picking the right teams or being aligned with the best players. Hakeem was never a champion until he met Horry. Same for Shaquille and Kobe. Tim Duncan admittedly would have 2 less rings if Horry was not there to bail him out in '05 and '07.

If being the greatest winner of your sport in a particular era is not enough, the Hall of Fame has problems. 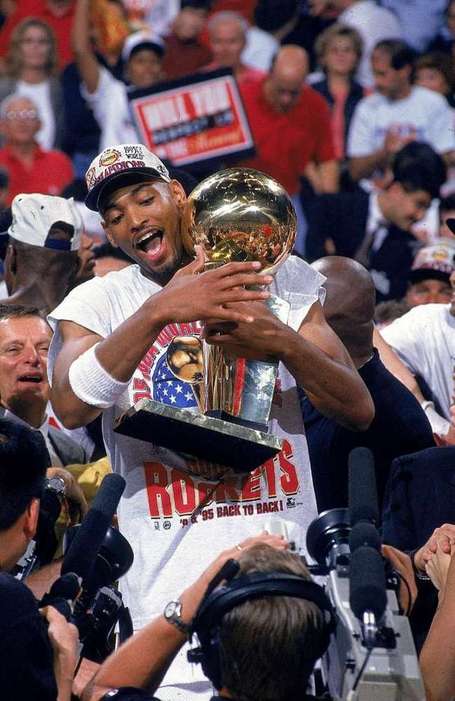