Word of the Day: "T-Mac Epidemic"

Share All sharing options for: Word of the Day: "T-Mac Epidemic" 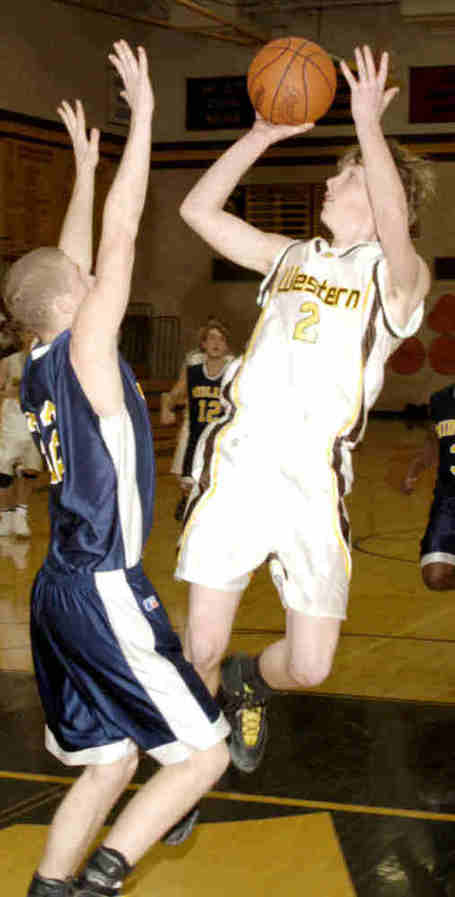 Definition: An epidemic that has caused young basketball players in Houston to kick their leg out and fade away on easy jump shots, causing them to miss badly. The epidemic has spread ever since Tracy McGrady's arrival in Houston, thus linking the two together.

As in "Since when do tall, white, nonathletic, lanky kids fade away on 10 easy ten footers? Must be another case of the T-Mac Epidemic."

I've noticed this for a while now, and the day I was stricken with the disease, I knew immediately that anyone could be affected. After watching McGrady on two consecutive nights, I played with some friends the following day and began fading away without realizing it. Soon enough, my teammates pointed out that I was sucking and maybe I should stop leg-kicking, which of course I had no knowledge of. However, on my very next shot, I noticed what I was doing, and immediately ran inside of my house to find the cure: Dr. Hal Wissel's "Confidence, Rhythm, and Mechanics," the king of basketball shooting instructional videos. I then took a look at my Mike Krzyzewski poster on my wall, thought fundamental thoughts, and went back outside, cured and ready to rain.

This has happened to most people in Houston after watching McGrady play. I suggest that, if you live in Houston, you try to vaccinate yourself by closing your eyes every time he touches the ball.  It will no doubt improve your game.