A Tribute to Geniuses: Bonzi Wells

Share All sharing options for: A Tribute to Geniuses: Bonzi Wells

It just dawned on me: Why have I not written something about Bonzi Wells yet?  A few weeks ago, the former Rocket signed with Shanxi Zhongyu, a Chinese team, for 40,000 dollars, only two years after turning down a 38 million dollar contract in pure Spree fashion.  Let's take a look at what must have gone through Bonzi's mind from 2006-2008. 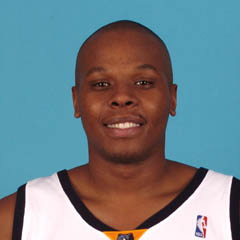 Looks like the Kings are going to offer me something way out of my league.  Who knows, maybe if it's large enough, I'll stay. 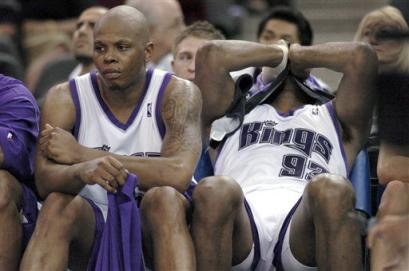 "38 mil to play with these guys?  I'd rather be in lousy shape for a good team."

No thanks, dawg.  I really don't like it here, and none of you fellas, besides Ron, are, well, very good.  To be completely honest, I've thought about what to do over the summer, and I came to a simple conclusion.  I plan on straight pigging out this off-season, so I wouldn't want to cheat Sactown - that would just be mean of me.  And I appreciate the offer, Crazy Pills, but you can keep your money - it would be unfair of me to report to camp out of shape making this kind of money.  Let's see what else is out there: 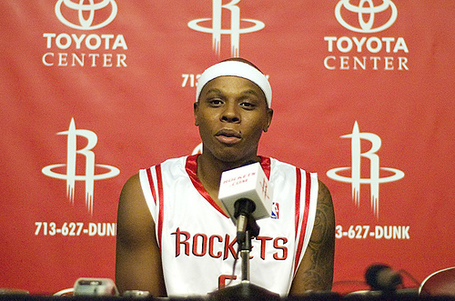 I'll take it.  Just enough money to keep me honest while I eat Cheetos and watch "2 Fast 2 Furious" on my couch all day.  Reporting out of shape for 38.5 million is one thing, but for only 5 million?  Cash money, boi!  Who cares if JVG is in the building, I'll scheme my way around it.  How about some bogus groin injury?  Check.  Say, I could use some touching-up on my teeth; could that take me out of basketball for a while?  Check one for "dental work."  Alright Van Gundy let's see what you got bro. 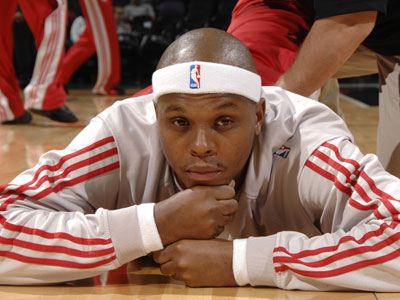 "Damn, this kind of sucks." 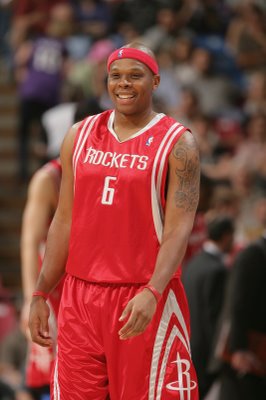 "Yes, now this is what I was hoping for.  ZERO expectations." 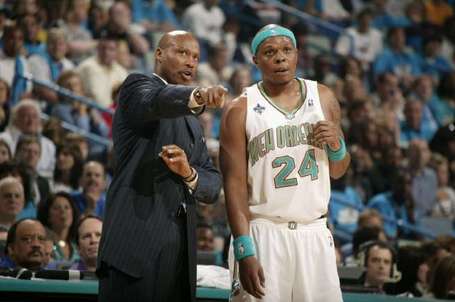 "Hold up.  I got traded, with Mike James, for Bobby Jackson?"

I'm lovin' the Quarter.  Mardi Gras?  They don't have that in Sacramento, fellas.  Actually, there is one thing that concerns me.  If I was only worth 1/2 the value of Bobby Jackson, what's gonna happen next year?

Definitely not what I was looking for.  Nobody in the NBA wanted me, so I had to go to China for 40,000 dollars.  Once again: Why would I ever turn down f*****g 38 million dollars?!?!  In addition to not making any money, this is just straight embarrassing.  Can't they just do the picture-swapping thing and put me back on an NBA team, like this?

It's funny to see Bonzi playing in China.  For all the hopes he gave to Rockets fans (I don't know what we were thinking), he really acted as a cancer to our team.  Hopefully he learned his financial lesson.  A 5-year NBA offer descends to a last-resort contract in China.  I don't think anyone else is going to try to be like Bonzi Wells.  But, despite my somewhat harsh remarks, I do wish him the best of luck - maybe he can help turn around his new team, which apparently sucks.