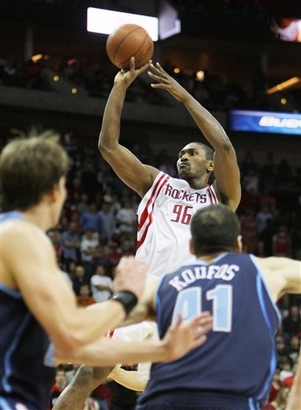 Ah, yes.  We won tonight's game against Utah. Damn, this feels good.  What do you think, Luis? 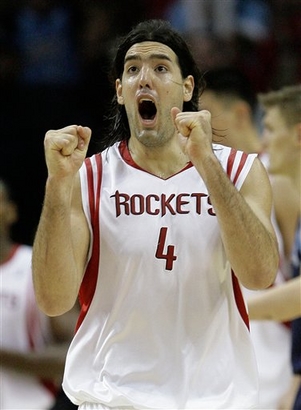 First off, let me clarify a few things:

I do care about one thing:

It occurred to me as I was watching.  Why worry about how we haven't dominated a depleted Utah squad?  Let's just get a win and I'll be okay.  And I am.  I'm perfectly fine with an ugly W.  And when I say ugly, I refer to the disgustingly low point differential in our win.  As for the game itself?  Magnificent.  A great game to watch.  Onto the recap:

Ron Artest -- This is why we got Rawn.  T-Mac is out?  No problem, insert a guy who is willing and ready to put a team on his shoulders.  Rawn went 7-18 tonight, had 28 points, 8 rebounds, 4 assists, and was 11-11 from the free throw line.  For Mr. Artest, that is one incredible game, and his overtime performance was masterful.

Luis Scola -- My Friend From Argentina wasn't spectacular tonight, but he played 46 minutes, grabbed 14 rebounds, and made 4 of 5 free throws.  The big man also had 4 assists as well.

Yao Officiating -- Terrible.  Horrendous.  Reminds me of the Van Gundian era.  Rick had a lot of yelling to do tonight.  Usually he just holds his hands up in the air and looks at the ref like he's an idiot.  But on this occasion, he had to do some jawing in between naps. 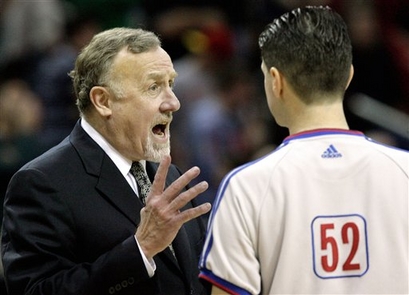 Rockets assists: 21.  Nice to see us passing the rock again.

Quote of the Night: Nothing funny, just some inspiration from Crazy Pills:

“I thought it would be smart if I took this game off, but Mac didn’t play,” Artest said. “You think about the team, you think about winning and how you can help. That’s what leads to, ‘I’m playing.”’

Genius/Awesome Play of the Night: I could choose from many (the Battier inbounds play would have won if he had made the layup), but I think the Aaron Brooks alley-oop play was pure genius.  I've never seen it done before, throwing an alley-oop to the smallest person on the floor.  Well done, Rick.

Clutch is a Badass: He threw a birthday cake in some Jazz fan's face.  True, they probably hired him to sit there and take a cake to the face, but even so, seeing a guy in a Jazz jersey get covered in cake is a sight for sore eyes.  It would be even better if the guy actually was a real Jazz fan.

Link of the Night: For nostalgia's sake.

Screw you, Jerry Sloan: Put my boy Morris Almond in the game next time Utah comes to town.

Next Game: Monday versus Washington.  Assuming Caron Butler doesn't play, fan's will be treated to "Antawn and the Seven Dwarfs."