Share All sharing options for: Von Wafer: Not Just a Feel-Good Story Anymore 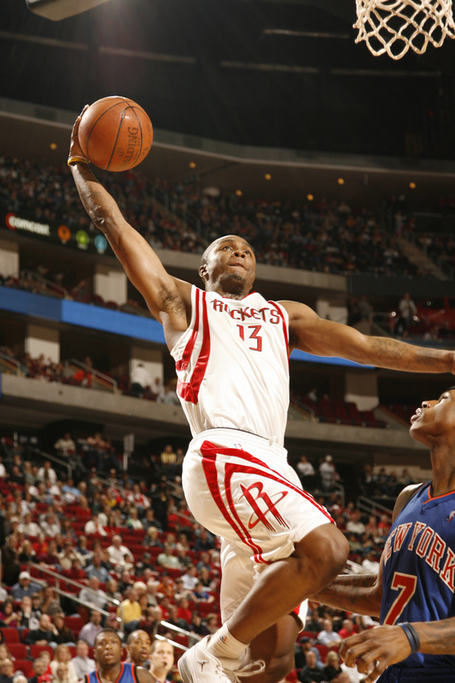 Von Wafer has been flying high ever since the Rockets signed him in September.  (Getty Images)

The focus of this season was supposed to be on the Big 3.  And not necessarily the success of the trio, but the numerous question marks as well.  Everyone came to a consensus: if they are healthy and on the court together, Tracy McGrady, Yao Ming, and Ron Artest would be able to compete with any team in the Western Conference.  But was that going to be possible?  Would Tracy stay healthy?  Would Yao lose a step coming off yet another injury?  Would Ron stay out of trouble?

So far, none of the above has happened.  The Rockets have yet to prove that the Big 3 can dominate together when on the court, T-Mac has been injured, Yao has continued to play at a high level, and Crazy Pills has yet to be Crazy Pills, at least off the court.  With all of the questions and expectations surrounding these three stars, fans figured that T-Mac, Yao, and Ron would decide the fate of our team.  There was no room for anyone else to make a significant impact on our season.  And then we dug up Von Wafer.

I can't say that Hawk has been the best player of ours outside of our stars.  Luis Scola has improved vastly this season, especially on the boards, and Aaron Brooks has developed much quicker than many expected him to.  But with the absence of Shane Battier, Von has been able to step in and play like nobody could have expected him to.

Normally, role players fill a void with modest production while the more talented players on the court color the stat sheets.  It's rare to see someone who has been cut by four different teams and barely make the roster all of a sudden come in and put up numbers that normally come from a starter.

But that's exactly what Von has done.  He has been the perfect antidote for our occasional lack of hustle, our oft cold outside shooting, and our inability to drive to the basket.  And it's not like he has played in meaningless minutes: he hit the game winner in Boston and scored 17 points in 40 minutes against Atlanta, a game we barely lost. 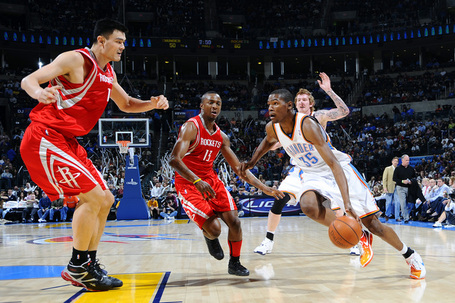 It doesn't look like we'll be seeing any less of Von for the time being.  Even with Shane Battier coming back, T-Mac has been sitting out back-to-backs, and even sat out last night, and Ron has been nursing a sore ankle.  Not only has Von been a solid backup for injured stars, but now it looks like he's going to be an integral part of this team.  We're going to start depending on him more, and despite the added pressure, he's going to have to maintain the level he is currently playing at.

And that's not just on offense.  Because Von is a wing player, he's going to be called on to guard some of the more dangerous opposing wing players that we will play.  It started with Andre Iguodala, Ray Allen, and Kevin Durant, and it's not going to get any easier.

Von isn't trying to play for his minutes, his salary, or his career anymore.  He is, for the first time in his NBA career, playing for his team, a team that no longer feels satisfied with being surprised by his scoring output, but instead wholeheartedly expects it night in and night out.