This is why I love eBay

Share All sharing options for: This is why I love eBay 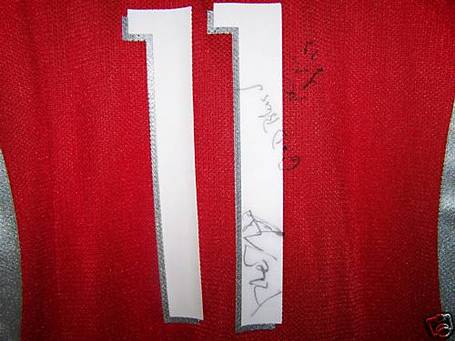 About a week ago, I was surfing through Rockets jerseys on eBay (because I have no life) and came across a jersey entitled "Yao Ming and Team Signed Jersey." The opening bid was 35 bucks. Turns out, nobody else wanted a Yao Ming and Team Signed Jersey, so I won. Apparently, it's not the entire team, though. It's circa 2004, with Yao, Steve Francis, and then, of all Rockets, Mark Jackson and Jim Jackson. Still a fantastic deal for 35 dollars. He even sent me the ticket from the game he was at in San Antonio when he got it signed. Which brings us to the poll: