Potential embarrassment avoided - McGrady is not an All-Star starter

Share All sharing options for: Potential embarrassment avoided - McGrady is not an All-Star starter

As much as I'd love to see nothing but players from my hometown team at the All Star game in Phoenix, I think we can all agree it would have been somewhat of a disgrace for Tracy McGrady to be starting at guard for the Western Conference. 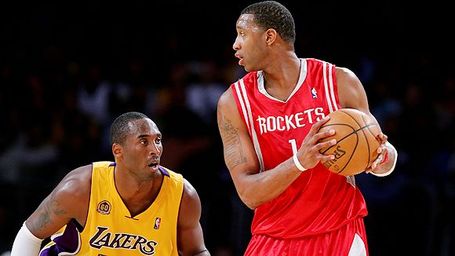 In the end, CP3 made up a few hundred thousand votes... and then some.  Chris Paul will now be starting alongside Kobe Bryant.  Which is the way it should be. 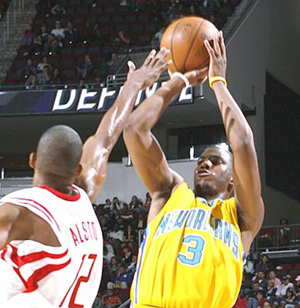 In other obvious news, Yao Ming will be starting at center.  Like, duh, obviously.

The drama now is whether Luis Scola, Aaron Brooks and Carl Landry can get their names included on the All Sophomore team.  A month ago, all three would have been shoo-ins, but now Brooks is slumping, and Landry still has not received sufficient playing time from Coach Sleepy (though he's playing great).  Scola made the team last year and will probably be invited again.

Then again, I'd trade all of the individual awards and accolates just for the team to be healthy, happy and playing good, team basketball (looking at you T-Mac).