I never thought I would say this...

but, umm, Ron... Crazy Pills... Mr. Artest... we need to have a little chat.  You see, the Rockets would have won tonight if you didn't play.  Normally I don't mind if you shoot 10% for the game, because usually you help in other areas.  Tonight, uhh, not so much.  In fact, you took valuable time away from Von Wafer - and that makes me angry.  When you miss eight 3-point attempts, it's probably wise to stop trying.  At least for tonight.  You aren't exactly Reggie Miller.  Fuck!!!

(Oh, and don't think I failed to notice you trying to block a 3 point attempt, Chuck Hayes.  That was a "let's not nominate the Dark Knight for Best Movie!" level of a bad idea.  We'll deal with you later.) 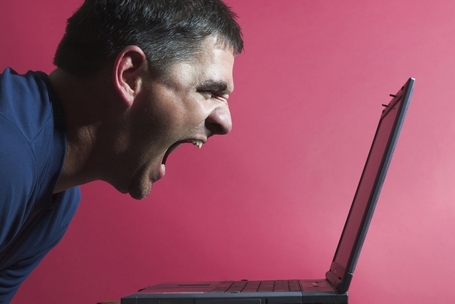 Ummm, FUCK!  This is not a game you are allowed to lose if you are trying to compete in the Western Conference.  Fuck, fuck, fuck... and worst of all, I don't even get to blame Rafer or McGrady (though the two of them didn't exactly play "well" tonight).

I also cannot overlook the fact that the Rockets had a 9 point lead... blew it almost immediately, and Coach Sleepy did nothing to stop the Knicks' run.  When we needed shooters.... Brent Barry and Von Wafer were sitting on the bench.  Probably wondering why the hell Ron Artest continued to shoot with impunity.

Come back Yao.  And maybe wake up Coach Adelman if you get a chance.

edit:  Guess who had the highest plus/minus ratio tonight?  It sure as hell wasn't Artest.  No, it was Von Wafer.  Who was not allowed to play when the game got close.  Fuck you, Rick Adelman.