Looking for signs of Hope

Share All sharing options for: Looking for signs of Hope

I do apologize for being rather morose in my recent writings.

I have no real reason for it other than the Rockets being increasingly frustrating to watch.  The "star" players do not play within the framework of the team.  The coaches don't seem to care.  The role players play hard but remain role players for a reason.  The injury bug will not go away.  Ever.

And after taking into account all of the above variables, you get a 28-19 team that really has no identity and - even worse - really does not seem all that bothered by mediocrity.

The next 11 games should theoretically be an absolute cakewalk schedule.  Yet instead of an undefeated February, I'm just hoping the team has a winning month.

Someone, anyone... give me a reason to keep hope alive. 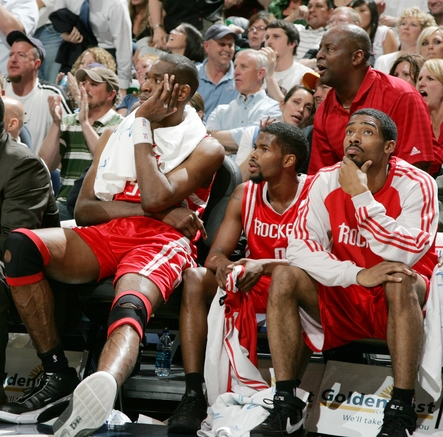 /and no, I am not listening to old Cure CDs.