Hey, Utah - your team just got beat by a bunch of midgets. HAHAHHAHAHAHAHA!

Share All sharing options for: Hey, Utah - your team just got beat by a bunch of midgets.  HAHAHHAHAHAHAHA!

The Rockets overcome Joey Crawford and his band of misfits to beat the s--t out of the evil Utah Jazz.  It would have been a 20 point plus victory, but Brian Cook entered the game and ruined that... final score is 113-96.  Suck it, Utah!

Seriously, Utah had a massive height advantage at most every position.  They had home court.  They had Deron freakin' Williams (who is really, really good and sadly misplaced among the rogues he has to call "teammates").  And, as noted, they had Joey Crawford and the other two refs that couldn't possibly be any worse than the replacement refs from pre-season.  All of that........ the Rockets overcame.  They could not - and would not -  be stopped.  Not even in Utah, where Rocket dreams went to die in the past.

I was wrong.  About everything.  I should never have doubted you.


This box score is just awesome though.  Its beauty is in the simplicity and all-around consistency.  I want to frame it. 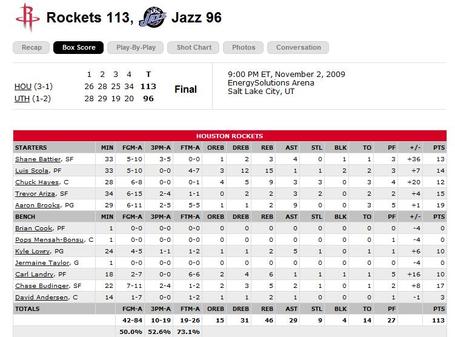 Chase Budinger, ftw.  My new favorite albino rookie went for 17 points, 5 rebounds and all sorts of clutch in the 2nd half.  Then there's Chuck Hayes - who at this rate may lead the NBA in steals for the regular season.  Chuck went for 12 points, 9 rebounds, 3 steals and 3 assists.  On 6-8 shooting.  Seriously, Utah, you let Chuck Hayes nearly get a double double on you.  There's only one way to properly respond to that: 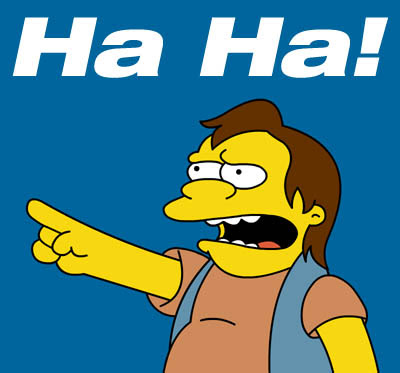 Look at the box score again.  The Rockets put 8 players in double figures.  EIGHT.  That never really happens with our team, and yet that might be a regular occurrence with this unselfish roster.  50% shooting as a team (and a robust 52% from beyond the arc.  Nice!).  Even better?  The undersized Rockets out-rebounded the Jazz 46-38.  It's true.  I couldn't believe my eyes either.  Utah only got 8 offensive rebounds.  EIGHT.  So much for a size advantage.  The Rockets have a heart advantage (not to mention a karma advantage).

The only way this could have been better would have been if Joey Dorsey got to play... got a gorilla dunk... and then impregnated all of Salt Lake City.  To mark our newfound territory.