Share All sharing options for: Say goodbye to T-Mac!

The Rockets and Tracy McGrady have agreed to end the charade.

T-Mac is officially on the trade block and will no longer be an ingredient in Coach Sleepy's chemistry experiments.

None of this is surprising.  The only drama left is to see whether the Rockets find an acceptable trade partner.  My guess is they won't because no one will be able to match the $23M in salary McGrady is owed without forcing the Rockets to take on bad contracts or bad players.  At least not based on current rumors...

Daryl Morey may be better off giving McGrady the Marbury/Iverson treatment and just telling McGrady to stay away from the team.  Assuming McGrady isn't traded, his contract comes off the books next year and the Rockets will be under the cap with something like $15M to work with.  This money will be quite useful in finding a replacement swingman while also attempting to re-sign Luis Scola, Chuck Hayes and/or Kyle Lowry while also working extensions for Aaron Brooks and Carl Landry.

But that's something to worry about in July.

In the meantime, the Rockets go back to being a drama-free team seeking to improve on their 18-13 record.  (Translation?  GO ROCKETS!!)

Now, in the immortal words of Eric Cartman -- get the fudge out, Tracy! 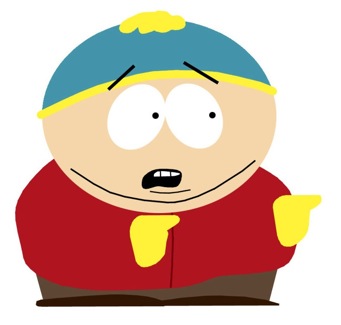