I've been slacking on slacking.  Not that finding three pictures of cheerleaders per week isn't exasperating work, but I think I can muster up enough effort to do it weekly again.  So today, we have a special cheerleader: Susannah - she's a Texan.

It's Super Bowl Sunday, so I thought it fitting to throw a football twist into this week's RPD of the Week.  Say hello to Susannah, a second-year Texans cheerleader.  Her second occupation is "Executive Assistant to the Vice President of a Title Company."  Wow.  As for hobbies, Sue's a movie buff: she likes anything from "Eternal Sunshine of the Spotless Mind" to "Superbad."  She's also quite the action chick; from skydiving to riding rollercoasters, she does it all.  But she does one thing better than the rest: Sue dances like a pro: 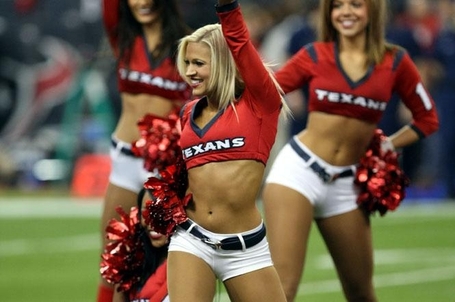 You know what's funny?  The picture below isn't an outtake from Not Another Teen Movie or Bring it On.  I guess this is really what they do for fun: 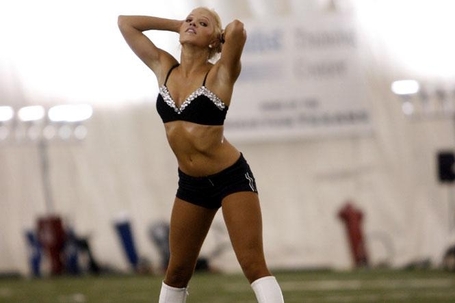 Until next week.  Have a nice Super Bowl Sunday.