Things that make me want to cry

Share All sharing options for: Things that make me want to cry

The Rockets lack a singular leader.

That said -- when Rafer freakin' Alston is volunteering to be the official "team leader"... and he does it through the Comicle... that's a bad, bad, bad sign.

"I don’t mind being the leader. I’m the leader by position anyway. I’m the point guard. … Again, you've got to want to be led."

To echo Lee's sentiment, but for different reasons... yikes.
I just can't take it anymore. 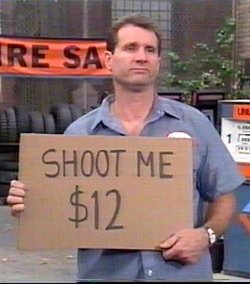