What a freakin' awesome game.

Cavs led at one point 2-0, then the Rockets decided enough was enough. Battier and Artest lock down on LeBrick... King Nothing finishes with his worst game as a pro (a Rafer-esque 21 points on 21 shots, with 1 rebound and ZERO assists). 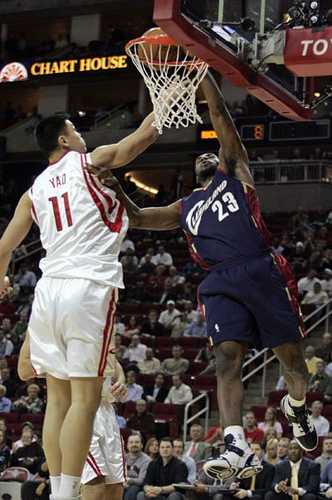 The only thing I was a witness to today was a Rockets beat-down of the Cavs. Oh, and the next act in the "Von Wafer is a badass" national tour. You simply can't leave Von open. Fouling him isn't an option either.

Your math homework for the day?

(I like Big Ben though... that's a tough break of an injury. No pun intended, Cleveland. Here's hoping he's back in time for your playoff run. You gotta beat Boston. The thought of Starbury with a ring frightens me.)

GO ROCKETS! I love this team.