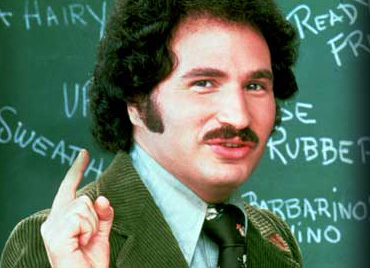 It's official: my Dream Shake 40K per year salary is in jeopardy.  I haven't been recapping, I haven't been commenting, and worst of all, I didn't warn Dave or Lee about it.  To put it simply, I disappeared this week.  What's it like to disappear?  Ask Mike Myers.

I could come up with an excuse and say that I'm still having trouble getting over Steve Novak's 0-9 performance the other night.  I mean...yuck.  Here's a wag of the finger to Mike Dunleavy for Dunleaving Novak in there for so long.  Good coaches don't screw their shooters - it's like letting your girlfriend get depressed and put on 50 pounds without telling her to stop.

But is it solely Novak that has kept me from watching basketball?  Probably not.

I've just been busy going out lately.  Speaking of a recap, let's recap my recent schedule.  I was in St. Louis and Indianapolis on Sunday and Monday, respectively, and then had a lacrosse game Tuesday.  Thursday I was busy with some friends I hadn't seen in some time, and Friday...well, let's just say that Friday really wasn't worth watching in the first place.  I couldn't name anyone on the Warriors' starting lineup.  I do give G.S. credit though, because they manage to fill up the seats with CJ Watson and Rob Kurz serving as entertainment.  But as for my schedule, it has been ridiculous, and it will only get ridiculouser, but I'll make a concentrated effort to watch the final two regular season games, recap them, and then get geared up for the playoffs.  Anyone have tickets, by the way?

But let's forget my shortcomings for a second, as I have just witnessed Andris Biedrins attempt to shoot a free throw.  It reminded me of something of the same nature.

Something is missing in my life.  It used to be an SBN Detroit Pistons blog, but now we have one of those.  Then it became more Utah Jazz fan exposure, but I found more of that too.  Now there is another hole in my heart.  The absence of this event has been a giant disappointment, and while I got a taste of it a few nights ago, I can only assume that it was just a tease.

Chuck Hayes has only shot 19 free throws this year.  I've probably seen a mere five of them.  What a waste of a partial season ticket package.

The Chuckwagon's Free Throw Adventure is always a refreshing result of an otherwise awkward attempt by Chuck to score a basket.  There are a number of reasons, chief of them being pure entertainment.  Watching Chuck shoot free throws is like watching Charles Barkley tee off on the golf course.  It's awkward, it's hilarious, and you have no idea what you're going to get every time it happens.  When a Hayes free throw somehow goes in, you know that:

On top of all of that, watching Chuck shoot a free throw makes me feel like a champion.  Knowing I can do something that a professional basketball player cannot might be one of the greatest feelings in the world.  That is, aside from the realization that it is dollar hot dog day at Minute Maid Park.  And yes, I do go to baseball games.

If only Chuck could shoot free throws more often, then maybe my life would be complete...

So what else is there to write about?  Say, I saw someone post a comment about Rick Reilly earlier.  I've always wanted to be Rick Reilly.  If I were Mr. Reilly, my life would proceed as follows: I get to write 800-words worth of similes per week, and I get paid 3 million dollars for it.  Or I have some contact of mine clue me in on some heartwarming disabilities story before Chis Connelly can get to it.  Simple as that.  Actually, let's assume for a second that I am Rick Reilly.  What would my posts look like then?

Yao Ming?  Can you finally win a playoff series?  Your playoff failures are almost as pathetic as Kirstie Alley's weight loss program!!

Tracy McGrady?  Is your knee feeling better, Tracy (girl's name!)?  Dude, Earl Campbell could beat you in a race right now.  That's like losing to Earl Campbell in a race.

Carl Landry?  Why would anyone shoot this guy?  Whoever the gunman was, I want him dead.  Like George Washington-dead (!!!!!).

Saw Ron Artest at a bar last weekend, because you know, I'm always running into big-name stars and they all recognize me 'cause I'm famous.  I almost said hi, but I didn't want to get sucker punched in the face!

It's annoying to me that someone can get paid millions of dollars to do that, and yet here I am trying to analyze everything as thoroughly and as carefully as possible and I don't get paid squat (that 40K thing was a joke - I know I'm no Carlin).

Speaking of payment, I'm worried.  My goal is to be like Rick, albeit in a different manner.  I'm an aspiring sportswriter if you haven't noticed, and my greatest fear is that I may not have a job guarantee or a good job because of it.  Sure, I could go into business, or engineering, or something like that.  But I don't want to.  I don't like it as much, and while it's going to cost me (literally) I'm satisfied with my current decision.  But will I be satisfied in twenty years if I'm not as successful as those dudes on ESPN or Sports Illustrated?  I hold myself to high expectations, and to be quite honest, I expect myself to land somewhere around there.  I'm just worried I'll shoot to high and fall down on my face.  So my question to you guys is: is it worth it to push in all the chips and do something you love, or is writing something that should be a side-dish to a money-making job?

What defines a great sportswriter anyway?  Is it their ability to be insightful, or is it their humorous take on sporting events, or is it their contact list - what is it?  I read a lot, and I read Simmons and Reilly and Easterbrook and King and Verducci and all those guys.  And with the exception of a few articles, I always find myself finishing an article thinking, "I've read a hundred different bloggers that could do something equally as impressive."  I can't decide if that's a naive statement or not.  But from reading all of the SB Nation blogs, or the stuff at Bloguin or TrueHoop or whatnot, there are a bunch of people out there who can write like professionals, but they aren't professionals.  Which means there are a lot of good writers out there.  And ironically enough, they don't get paid jack squat while the simplest of them, Reilly, gets paid the most.

So I need to get better.  As I continue to write for this site, my goal is to get better with every post in some way, shape, or form.  My blogging for The Dream Shake is a daily education for me - I get to see not only what I think of what I write, but also get to see what you guys think.  I guess what separates me from all of you is that I take time out to do this, and I simply got lucky that Lee and Dave stumbled upon my old joint.  There are many of you that I read in the FanPosts or comments sections that I know for sure could take my spot and write better than I do.  So I'm going to challenge myself to destroy all of you.  It's for a good cause, trust me.

I'll be back on my game next week to recap our glorious remaining schedule.  Until then, adios.