Share All sharing options for: My Dream Playoff Scenario

So...I'm hoping that the following happens in Round 1:

1. Los Angeles crushes the living s*** out of Utah.  I hope Kobe rains on Kirilenko and Williams and Okur and Boozer and especially Matt Harpring.  And I hope that he does it in Utah.  That would be freakin amazing.

2. Denver beats the crap out of Dallas.  Just to see Dirk whine and lose again.

3. We beat up on New Orleans and come out of it completely healthy.

So then, we have:

My dreams and aspirations for Round 2:

1. Portland somehow manages to beat L.A.  They have beaten them twice at home this season, and while they have yet to beat them on the road, something tells me that Brandon Roy can get it done.  The Blazers match up extremely well with the Lakers and could definitely get past them in seven games.

2. We can definitely beat Denver.  We've done it all season, and we won at their place as well.  I'm not saying Denver is a poor team, but they have yet to prove that they can beat us consistently.  So far, we've proved that to them.

Which leaves us with:

We match up beautifully with Portland.  Ron Artest and Shane Battier will keep Roy on lockdown, and LaMarcus has yet to do much against Scola/Landry/Hayes this season.  In addition to that, we would have home court advantage against them, which gives us an enormous edge.  So after we beat Portland, we would roll into the finals.  Yup, just like that.

There's no kidding around at this point.  Cleveland is clearly the better team and boasts the best talent in the NBA.  It would take a miracle for Houston to beat them, especially if the Cavaliers had home court advantage.  Which means...

Kendrick Perkins and Big Baby Davis body-slam LeBron James and knock him out for the rest of the playoffs! 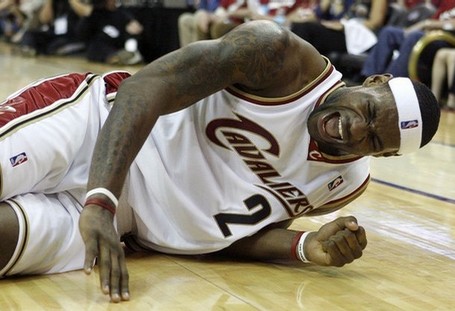 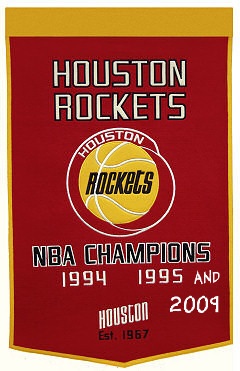