A cheap way to take potshots at the Rockets this year has been to criticize our lack of a "closer" at the end of games.  Losing Tracy McGrady obviously left a hole in our offense late in the fourth, and we've struggled with it all season long.  Ron Artest hasn't stepped up to the challenge.  We haven't been able to get Yao the ball late, and Aaron Brooks and Von Wafer can only be so reliable.

Over the last two games, however, we have been the most clutch team on the floor.  And aside from a hook shot in the low post, a pair of jumpers by the baddest power forward combination in the league, and some late free throws, there is one person to thank for that.

Shane Battier, you may take a bow.

I don't think I've seen this much clutchness from a Rocket in years.  For Shane to spot up a good two to three feet behind the three point line, catch the ball, transition the catch into a shot, and then hit both attempts is one thing.  But for Battier to hit another clutch three after Brandon Roy's shot is straight manly.  Think about it: Shane caught the ball in the corner with a Blazer staring him right in the face, and he fired it up anyway.

But what separates Battman's shot from the horrible shots that Ron Artest took is the hesitation, or in Battier's case, the lack thereof.  When Shane receieved the pass, he didn't change a thing about his usual shot.  He didn't pause, look up, and then chuck up a prayer while fading away.  Instead, Shane ignored the defender (which is quite ballsy, I must say) and in one fluid motion gave the Rockets the last lead that they would need for the win.  Onions!

However, what stood out more than Shane's threes was the offensive rebounding, or in simpler terms, the hustle.  There were Rockets flying left and right, grabbing lose balls from the air and keeping plays alive.  In fact, many of those offensive rebounds led to some of the Rockets' key plays down the stretch. 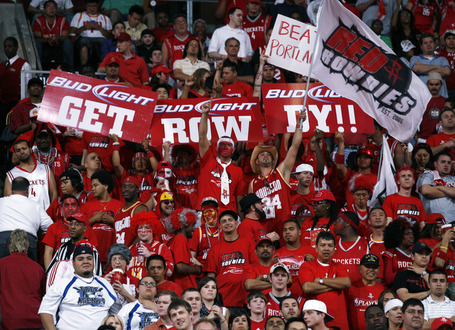 But aside from all of the hustle and clutchness and whatnot, my deepest breath of fresh air came when we were finally able to get Yao the ball in the fourth quarter.  And whaddayaknow - Shanghai's Finest came throuh with six points.  To some, six fourth quarter points from Yao may be a disappointing statistic.  However, it's quite the opposite, and while even more production would be nice, what we got was a step up from Games 2 and 3.

A bucket from Yao is always a great place to start a run.  Once Yao is able to back down a defender, make a nice post move, and score, all of the attention is placed on him for the next five possessions or so.  He was able to make a few free throws after making his hook shot over Przybilla, but after that, Yao was being guarded heavily.  This allowed Luis Scola to free himself up for one of his trademark elbow jumpers, and *voila* he made the open shot.  Suddenly, on the next time down the court, the defense pays a little more attention to Scola.  This allowed Yao to get position deep on the block and drop a hook shot down to give us a 79-77 lead.  The rest is Battier.

Obviously, the key to Yao's triumphant return was his ability to stay on the floor.  He only picked up one foul in 43 minutes, and he was also able to get to the free throw line four times.  If Yao plays 35-40 minutes a night for the remainder of this series (hopefully just Game 5), then we'll be even more dangerous than before.

It was encouraging to see Yao take eight free throws as well.  While many people will look at a box score after a game to see how many shots Yao took or didn't take, the free throw attempts are always just as important.  I'd rather have Yao have five registered field goal attempts and ten to twelve free throw attempts than fifteen shots and maybe a pair of free throws.  His biggest strengths lie at the charity stripe, and he is most effective when he utilizes the freebies.

Despite his 31 points, I think Brandon Roy, for the most part, was guarded well by Shane and Ron-Ron.  He made some incredibly difficult shots, and when he takes and makes 13 free throws, the point totals are going to be high.  But Battier and Artest did a good job of showing help to Roy, and they made him work for nearly every basket that he had.  I'll also give Roy his props for playing some tenacious defense.  He had 3 steals and 3 blocks, and came out of nowhere on back to back possessions to block the living crap out of Kyle Lowry while playing help side D. 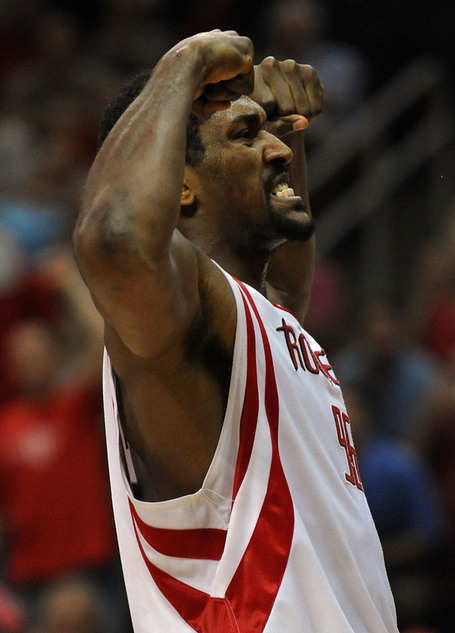 Speaking of Ron...I love, absolutely LOVE, the nine assists.  It's great to see him passing the ball.  And that picture above is one of the many reasons why I love having him on our team.  But 5 for 20 shooting?  That number has got to be reduced, especially in crunch time.  He probably missed five or six shots within the final five minutes, and then he turned it over to Travis Outlaw, leading to a three point play from Roy.  It was atrocious.  But luckily, our offensive rebounding club came through.

Jump for the rest of the recap...

Shane Battier -- As previously mentioned, Shane's game was phenomenal.  Not much more to say about that.  Actually, hold up - Battier had 8 rebounds and 6 assists to go along with his 14 points?  No-stats my ass, Michael Lewis!*

Luis Scola -- Seven offensive rebounds and yet another big jump shot for the Slayer.  It's also a welcoming sight to see him shooting the ball so often once again.  After his dormant Game 2 and his disappearing act in San Antonio a few weeks ago, he has really worked to get his points, and in return, the Rockets have made sure to include him in the offense as often as possible.  Scola will need to continue to score the ball effectively if Yao is once again neutralized in Game 5.

Yao Ming -- 21 points, 12 rebounds, and only 2 turnovers for The Great Wall.  Excellent, excellent stuff.  Now we have to continue to find ways for him to get one-on-one post position against Przybilla or Oden.  Look for more "sandwiching" in Game 5 from Portland.....(really regretting the diction, but I can't think of anything else to better summarize it).

Fouls: Houston 18 - Portland 27 (tack off about three to four of those Portland fouls as they were fouling to stop the clock).

It's not over yet.  Not by any stretch of the imagination.  On Wednesday, this could be a 3-2 series, and while I love our chances at home, Portland has nearly beaten us twice at Toyota.  So let's not get cocky and feel entitled for a series win, because it...is...not...over.

Next Game: Tuesday @ Portland.  Rockets going for the series win! 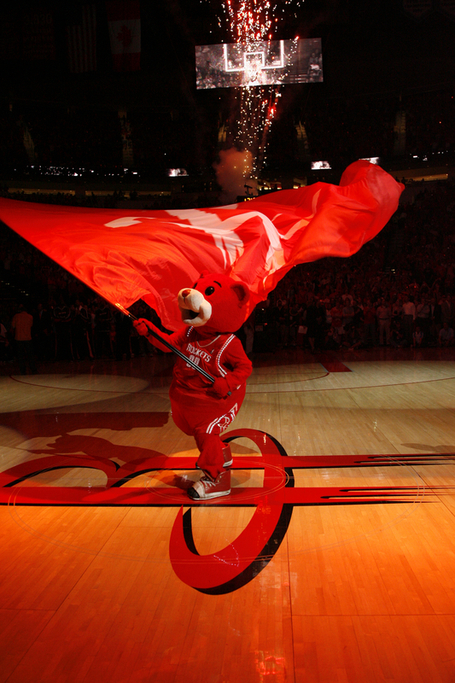 *serves as the only "diss" I will ever think of for Michael Lewis.  He is otherwise perfect.