Recap: Rockets offense sputters in second half as Lakers roll 93-81

Share All sharing options for: Recap: Rockets offense sputters in second half as Lakers roll 93-81

Ho-hum.  More of the same.  Any of this sound familiar?

4. Our point guards are reckless, ineffective, and get manhandled like little boys.

5. We turn the ball over like a JV team.  Telegraphing passes, dribbling through crowds, etc.

6. Our bench doesn't do squat without Carl Landry.

I'm really not sure what else needs to be explained.  But the readers of this site demand analysis, so dammit, they'll get their analysis.  Whatever keeps the cows coming home.  However, something else needs to be announced before we dive into the particulars of yet another loss to the Lakers.

Utah lost at home to the Timberwolves!!! 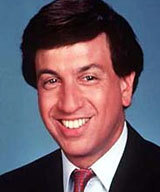 Let's all give a warm Dream Shake round of applause for tonight's hero, this man: 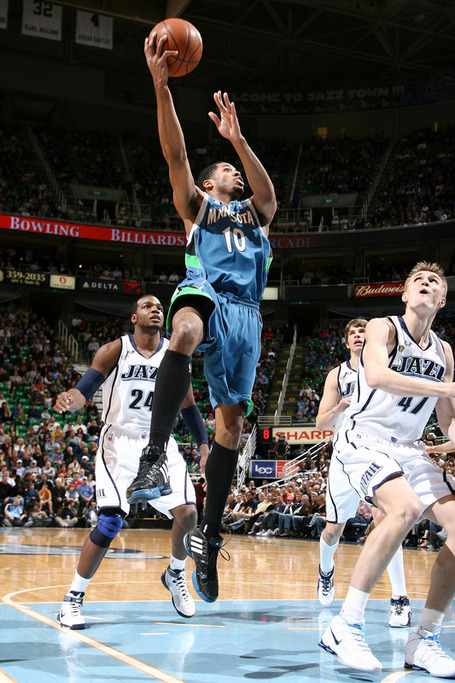 Rodney Carney of the University of Memphis had 25 points to lead the T-Wolves.  If it's okay with everyone, I'd like to proclaim April 3rd as "Rodney Carney Day."

Oh, but the fun doesn't stop there.  Take a look at who else lost tonight:

Now, after looking at that, does a loss in Los Angeles sound so bad?  At least we've been beating up on the scrubs, right?  All we need to do is piece together a few more key wins, take care of business, and maybe everyone else will just fold.

Okay, so maybe not.  In fact, because Portland won tonight, they've taken over the 4th seed in the West - we're now the fifth.  But nonetheless, we got bailed out tonight in the standings by the shortcomings of Nawlins, as they could have pushed us back to the sixth seed.  So that's nice.

Getting back to the Lakers game...

So we're 0-4 against them this year.  Not exactly what you want to hear if you end up facing them in the second or third round of the playoffs.

You knew the big Laker run was coming in the third quarter; it always does.  They always get a lead, and then when you've almost come back, you realize that Kobe Bryant has been asleep on the bench amidst your own run.  So then ole' Phil simply puts him back in the game, and two threes in Battier's face later, your contest is over.  Good night.

It's amazing to me how the Lakers shot under 40% from the field and still won.  Absolutely amazing.  That's usually our bread and butter (quickly becoming the most overused phrase in broadcasting) - if we keep opponents from shooting well, we will most certainly be able to win the game.  Not tonight.  Turnovers hurt us, we missed free throws, and most importantly, despite shooting a lower percentage, the Lakers made more shots than us.  They also took 86 shots to our 73.  To this, you might respond, "Oh, but the Rockets usually slow it down and use the post, whether it's Scola or Yao.  That's why they took less shots."  In fact, it was actually the Lakers who pounded it down low.  Pau Gasol took three less shots than Yao and Scola combined.  He took 8 more shots than Kobe!

We don't get more shots because we dribble around too much, and when we get offensive rebounds, we don't take advantage of our position and instead kick the ball back out.  Gasol, Josh Powell, and Odom were all over the offensive glass, and when they got the ball, they'd go right back up with it and either convert or get fouled.  That's how you take more shots - by taking the easy ones while they are there.  Instead, we get it back out to Mr. Ron Artest, who dribbles for about ten seconds, and then dribbles some more to his left, fades away, and clanks the jumper.  It's a thing of beauty.

Nobody scores in more annoying ways than Ron.  He scored 21 annoying points.  He takes a lot of bad shots, makes some of them, but makes so many bad decisions that his high point total is masked by his poor shot selection.  On many ocassions, he will pull up from three about five seconds into a possession, therefore runing our chance for a brief rest and a chance to get the ball to Yao.  He continues to force the action instead of trying to simplify his offensive approach.  Why not drive, pass to the corner, and then spot up on the wing for a kick-out pass instead of driving and fading away?  Doesn't that sound more appealing?  Isn't that what has worked for you for the entire season?  You aren't Kobe, pal.  And on another Ron note, I'm not even going to discuss that technical foul.  Let the boys play, refs, let the boys play.

Again, for even more emphasis, we need Carl Landry back.  Just in case you weren't convinced yet.

Let's finish this up:

Yao Ming -- He needed to get more shots, as he only took 12.  However, he did manage to block 6 shots, grab ten rebounds, and play 39 minutes.  Some people may whine that Adelman should have put Yao in the game near the end when we were down by about ten.  I'm with Rick on this one - save your center for Sunday in a game that matters much, much more.  On a separate note, what's up with Yao and missing his technical free throws?  That's two misses in two games...

Shane Battier -- He hit four threes again, only turned the ball over once, and played some pretty good defense on Kobe Bryant.  While Bryant had an efficient night (which normally means Shane failed), he hit some miraculous shots and was held in check for the majority of the game.  No need to blame Shane for Kobe's performance in this one.

Luis Scola -- Finally, the Slayer returns.  16/9 is a solid night for Luis.  We'll also give him an internet point for hustle.  So here's a +1.  There, doesn't that just looks special?

Aaron Brooks -- He didn't have a single field goal.  That's inexcusable for a starting point guard in my mind.  And if you aren't going to score, you might as well dish out more than 6 assists.  Derek Fisher may not have filled up the stat sheet tonight, but he, as well as Jordan Farmer, stomped all over our point guard duo.

Brent Barry -- It's been a rough time of late for Brent.  Hopefully he can get it together soon, because we're going to need all the help we can get.

Sunday vs. Portland.  Okay, now it's time for a must-win.  We can't lose a home game to a team we are in the playoff race against.