Why is Jerry Sloan in the Hall of Fame, but not Rudy Tomjanovich?

Share All sharing options for: Why is Jerry Sloan in the Hall of Fame, but not Rudy Tomjanovich?

The next wave of basketball Hall of Famers were announced today...

in news that should surprise exactly no one except maybe Don Imus, here are this year's newest inductees:

Okay, John Stockton I kinda understand.  He was a dirty player sneaky good, but he is the all-time assists leader.  Not that he ever won anything important.  Not even at Gonzaga.

David Robinson I also understand.  Even though Wages of Wins was wrong, Robinson was very good for a very long time.  He just wasn't Hakeem, so it's hard for me to get all excited about the Admiral being in the HOF.

I hear that Michael Jordan guy was pretty good, too, so I guess there's no reason to argue about his inclusion into the Hall.  Even if Robert Horry has more rings and people think Horry somehow doesn't belong.  (Those people are wrong.)

C. Vivian Stringer.  I really only know who she is because of the Imus situation.  Sad but true.  But if there has to be a token female inductee every year, someone please explain how Stringer makes it over Cynthia Cooper.  Yeah, there really isn't an argument against Cooper.  Voters are dumb.  As seen by:

Jerry Sloan.  Seriously?  One member of the Jazz making the Hall in any given year is pushing it.  TWO making it is a disgrace!  Yes, Jerry Sloan has been coaching the Jazz for twenty years.  Whoopity-doo!  Aside from being a homophobic curmudgeon who relies on fear to get his message across to his players -- what exactly has Jerry Sloan done for the game of basketball?  It's not like he's won anything of importance.

Sloan as a player?  Sure, he was a two-time all-star.  So were lots of players who won't sniff the Hall of Fame (hint, hint - Tracy McGrady).  Nope, not HOF worthy.

I object to the induction of Jerry Sloan not simply because I dislike the guy and anything that has to do with the Utah Jazz (and I really, really hate the Utah Jazz).  No, my real objection is this:

WHAT ABOUT RUDY TOMJANOVICH?

Rudy T is the greatest coach in the Houston Rockets history.  Rudy T brought the Rockets and the City of Houston their first two major Championship Trophies.

As coaches go, Rudy T accomplished more in his decade-plus as the Rockets' coach than Jerry Sloan has accomplished in twice the time.  Furthermore, Rudy T did more for his community in that timeframe than Sloan as well.

I think one overriding reason Rudy is still not in the Hall is because the NBA still tries to distance itself from the Kermit Washington incident.  This is highly unfortunate.  Why?  Because Rudy T showed what kind of person he is by having the inner strength and courage to forgive Kermit Washington for nearly killing him on a basketball court with a sucker punch.  It's true - Tomjanovich has been trying to help Washington for years now.  Do you ever think Jerry Sloan could do something like that?  In a word ... no.

What about their playing careers.  The argument for Sloan is that he was just as good a player as a coach.  The same can be said for Rudy T.  Tomjanovich was a five-time NBA All-Star.  He averaged 17.4 points per game over his 11 year career (no doubt shortened by the Washington incident).  Rudy also led the Rockets to their first appearance in the NBA Finals in 1981.  In short, Tomjanovich's candidacy for the Basketball Hall of Fame cannot be undermined by his playing career.  If anything, Rudy T's ability and production on the court was just as impressive as his work on the sidelines.

I don't care what the voters say:  Rudy Tomjanovich is a Hall of Famer.  Jerry Sloan being inducted before Rudy T is just an egregious oversight.  It's okay though... Rudy T has two things Sloan never will: 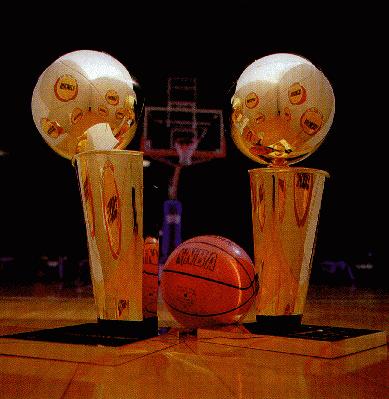