Share All sharing options for: 10 reasons to despise the Los Angeles Lakers

there will be no shortage of interesting matchups or cheesy story-lines.  But before the series begins, I want to compile a top-ten list of reasons why Rockets fans should have no guilt in outright despising the Los Angeles Lakers.  (Plus, "lists" are what drive the engine of sports blogs.  I think I have a monthly quota for them.)

Yes, Phil.  He has 9 rings.  He could have 11 if his team didn't play scared against the Celtics last year and/or if Shaq and Kobe could get along in '04.  But what makes people hate Phil is that he's often an arrogant prick.  He's also a hippie.  The Rockets should solicit the services of Eric Cartman and rid this series of hippies.  Solution?  Play Slayer... really, really loud.  Phil Jackson probably hates loud, angry music. 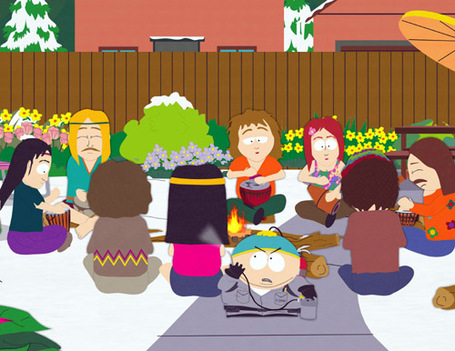 Plus, there is no love lost between Phil and Coach Sleepy after the 2002 Western Conference Finals.

9.  This is the team that thought Von Wafer wasn't good enough.

The Lakers drafted Von Wafer all the way back in 2005.  And yet, the Lakers somehow thought guys like Sasha Vujacic and Luke Walton were more valuable or simply better players than our favorite mohawked Rocket.  Yeah, Mitch Kupchak is handed Pau Gasol and everyone forgets that he traded away Caron Butler (for Kwame!) and let Von walk.  Daryl Morey would never be so short-sighted. 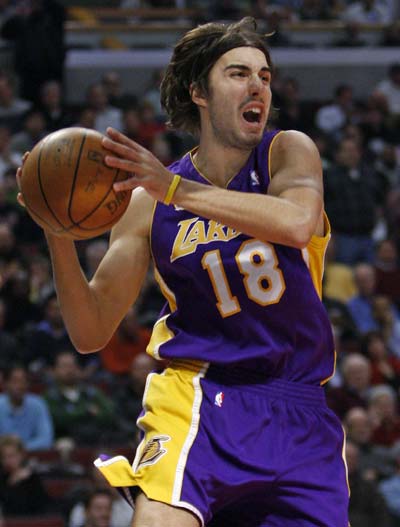 7.  The fact that Laker fans think Andrew Bynum is better than Yao.

Lee and I were interviewed by a Laker blog last spring.  After giving honest answers about how we think the Rockets of '08 matched up well with the '08 Lakers... we proceeded to get flamed by about 1,000 grammatically-challenged Laker fans.  A majority of them couldn't believe that we would publicly state that Yao Ming is better than Andrew Bynum.  Andrew... Bynum... for real.  This guy:

Bynum's stats from last year are even worse... and yet Laker fans think it's a mere formality before Bynum is inducted into the NBA Hall of Fame.  (Meanwhile, Yao is apparently a stiff who's the next Shawn Bradley.)  When we asked these Laker fans for a reason supporting their opinion, Lee and I were called all sorts of names that would get anyone banned here.  I'm still stunned by this transaction.   And I am still waiting for their reasoning. 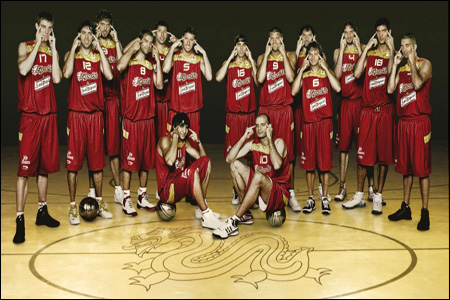 Yao will have his revenge.  Oh, he will make certain this does not go unpunished.

5.  The Lakers almost allowed Karl Malone to get a ring. 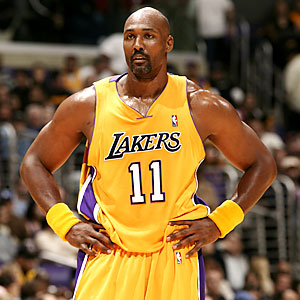 (yes, this may be about the Lakers, but I'll use any opportunity to poke fun at the Utah Jazz.  I really, really hate the Utah Jazz.)

Meanwhile... Horry went on to win two more rings with the San Antonio Spurs.  The lesson, as always?  Robert Horry is a badass and Karl Malone is an @$$hole.

4.  The Lakers are the only team with a longer winning streak than the Rockets.

The Rockets had a Streak last year.  22 games in a row.  It was awesome.  And yet, no one cared until the Rockets won 20 in a row.  And then everyone found ways to dismiss it.  Including the fact that the Lakers won 33 in a row way back in the days when no one cared about basketball.

Now, any time I mention the Streak... some clown always has to point out that the Lakers had a longer one.  As you might imagine, this is slightly infuriating.  Dikembe doesn't care though. 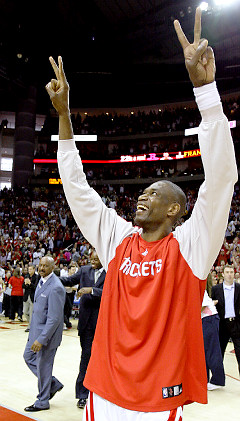 Of course, Dikembe is a classier person than I am.  Whereas he may be able to respect the Lakers' record streak, I despise them for it.

Yes, fake silicon boobs are Houston's gift to the rest of the world.  And yet everyone seems to think that Los Angeles is the place to attribute credit.  This is unacceptable.  Okay, fine, here's your gratuitous picture... 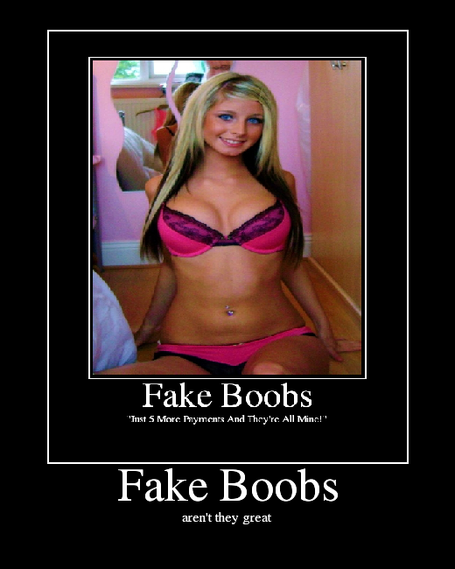 Kobe Bryant, universally regarded as the most hated player in the NBA.  Personally, I am a huge Kobe fan.  I'm still mad we didn't pull the trigger on the Kobe for T-Mac trade that was most definitely on the table last year.

I also realize why people hate Kobe.  He's too close to God Michael Jordan and apparently we aren't supposed to imitate the Gods.  He's arrogant, prickly and oftentimes selfish.  Then again, if the option was to shoot the ball or pass to Smush Parker... wouldn't you prefer to shoot the ball yourself, too?

Yeah, yeah, Kobe is also one of the most publicly known adulterers in the world.  He may have even misunderstood the concept of "no means no."  (I still think the girl was a starf--ker looking for attention.  No 19 year old ever works "late" at a minimum wage summer job just to hang out.  Sorry, not buying it.)

For the next two weeks though... I hate Kobe.  More than Wes Mantooth hates Ron Burgundy.  The streets should run red with Kobe's blood.  At the hands of Ron Artest and Shane Battier (though Battier will probably be nice about it.) 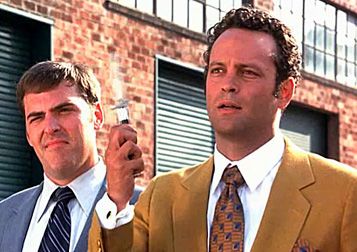 ... and last, and certainly not least:

1.  The Lakers effectively ended the playing career of Rudy T.

The most infamous moment in NBA history.  Ron Artest's melee in Detroit isn't even close to what Kermit Washington did to the face of Rudy T. 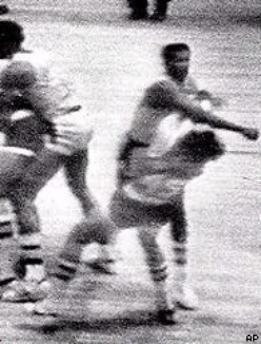 This should never have happened...

Of course, this is why Rudy T is awesome.  Not only did he recover... play a few more seasons (though never again at the same level)... then coach the Rockets to two championship seasons... but Rudy T went out of his way to *forgive* Kermit Washington.  And then he became his biggest supporter in getting Washington a job in the NBA.  Wow.

There you have it.  Ten reasons why you should feel no remorse for chanting "Lakers suck" over the next couple weeks.