Share All sharing options for: Pre-Game Q&A with Silver Screen and Roll 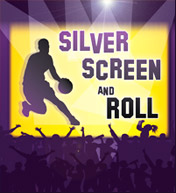 With Game 2 approaching, I decided to get in touch with our friends over at Silver Screen and Roll, the excellent new SB Nation Lakers blog.  Head of all facilities at SSR is Josh, formerly of RespectKobe.com.  Josh was kind enough to answer some of my questions, and I answered some of his in return.  You know the drill.

TM: Phil Jackson elected not to double Yao Ming for most of the game. Do you see the Lakers sticking with this strategy for much longer? And did they do any doubling in the regular season while Bynum was healthy?

SSR: While Bynum didn't "shut down" Yao, I was impressed enough with his defense on Yao to want to see some more. The problem? He's really struggling to stay on the floor in the playoffs... and I think that's going to continue. With Bynum out, Gasol guarding Yao straight up is just terrible. Phil may choose to double Yao, but I wouldn't be surprised to see him try one or two other things first.

I was talking about this with Hardwood Paroxysm's Matt Moore, and he brought up a defensive scheme that I'd really like to see the Lakers try against Yao. Front him, double on the baseline. Pressure the inlet pass, and flash with the perimeter double on the inlet pass. Scola will get some shots, and he might knock some down, but you have to live with that. It's pick your poison, and you go with the one less likely to kill you. Farmar/Brown MUST stick to Brooks - otherwise, as Matt put it, it's "rotation, rotation, Brooks pump fakes and drives to the weakside... and since all your guys will be on the left side he lays it in... and you yell." If they can pull this off, they can make it hard for the Rockets to get Yao the ball. Odom and Ariza flashing the perimeter double? That's going to have to be one really high lob. If they get it over the front man, the guy behind is right up on him, hands straight up. If Yao manages to catch, get over the double, and hit the fadeaway or hook shot? You take that, because great players hit great shots. But if he can't get up, he'll have a hard time making the outlet pass. The key is that the Rockets will get some easy buckets out of it, they'll beat it a few times, because that's what happens when you overload. But the Lakers have to stick to it, because despite some breakdowns here and there, it has the potential to work the majority of the time, over a 7-game series. Commit to it, for more than just a few possessions... and if it's just a complete disaster, then I'd want to see Mbenga on Yao. Yao will beat him with footwork, but Mbenga will make himself felt. Only if both of those fail miserably do I really want to see the Lakers really commit to simply doubling Yao.

Regarding the regular season, I really don't know. Unfortunately, my memory of specific regular season games, how things were done vs. Yao with and without Bynum, is not that good.

TM: What do you see Jackson doing about the Brooks/Fisher match up? Will he stick with the veteran, or will he defer to the quicker Farmar/Brown combination?

SSR: Expect Jackson to stick with Fisher in late game situations. He's really struggled with his shot, but Jackson trusts him, as does Kobe. And Kobe's going to give him that shot time and time again, even if he misses every single one. But I do expect to see more of Farmar and Brown in the earlier parts of the game.

TM: Can the Lakers rely on Trevor Ariza to make big shots down the stretch? Or should they expect him to get the ball to Kobe at all costs?

SSR: Kobe and Ariza aren't the only options. That said, every indication is that Kobe will continue to let Ariza take that shot if he is open, even in close late game situations. He's done so all along, even with the game on the line, and I haven't seen any sign of that changing.

TM: Could you educate us Rockets fans on Shannon Brown? What does he bring to the table? What did the Lakers see in him that his previous teams didn't?

SSR: I'll let one of our other writers, DexterFishmore, explain Shannon Brown: "To begin with, a little history: Shannon Brown graduated from high school in 2003, the same point-guard class that produced Chris Paul and Aaron Brooks. In Rivals' recruiting rankings from that year, Brooks was the 16th-ranked PG, Paul ranked third, and the top-ranked PG was none other than Brown. In fact, Brown was the third-ranked high school senior at any position that year, behind only LeBron James and Luol Deng. None of this, of course, is to suggest that Brown is the equal of any of these players, only that at one time, not that long ago, he was widely viewed as a true star-in-the-making, a guy who could lead his college team to the Final Four and become a quality starting point guard in the NBA. He isn't some marginally athletic scrapper just trying not to get dominated by players stronger and faster than he is. His physical gifts tell us he belongs in the L.

I think the Lakers, in acquiring Brown and working him into the rotation, are trying to repeat the buy-low formula they used successfully on Trevor Ariza. Both Brown and Ariza were late draft picks after leaving college a bit earlier than they should have. Both entered the league with raw physical talents that exceeded the polish on their games. And that lack of polish resulted in both of them getting buried on Larry Brown-coached teams. As Ariza has shown this year, a wing who can move, defend and finish can find minutes in the Lakers' system. I suspect the Lakers hope that Shannon Brown can fill a similar backcourt niche, and on a team with so many good scoring options, Brown's sometimes-erratic shooting is less of a concern than it apparently was to his previous employers."

TM: What is the primary difference between Lamar Odom's game with Bynum and his game without Bynum?

SSR: I think the difference between Odom's game with and without Bynum on the floor is three-fold. First, Gasol is a much better passer than Bynum, and he and Odom work extremely well together. I think their two-man game is why we don't see much of Odom and Bynum. Second, Gasol commands more attention than Bynum - which leaves Odom open to make cuts from the weak side, crash the boards, and create second chance opportunities. Third, I think Odom mentally senses the need for more aggressiveness and physicality when Bynum isn't out there. It's probably subconscious, but he plays like a man on a mission when he knows that it's on the rest of the team to step up without Bynum. I think Bynum has become an excuse for the Lakers, and that may be true for Odom.

Thanks again to Josh and Silver Screen and Roll.  Be sure to check out their site as the series progresses.