We now enter the offseason. I already miss basketball.

Share All sharing options for: We now enter the offseason. I already miss basketball.

The Los Angeles Lakers are your 2008-09 NBA Champions.  Just as I predicted.

Unfortunately the Kobes put an end to Rafer Alston's team too fast!  I wanted to watch two more games!  Alas, now we enter the lengthy off-season.  No more NBA basketball until October.  Unless you count the Las Vegas summer league.  Which better include Joey Dorsey gorilla-dunking (hey, I need the material!).  Release the Kraken! 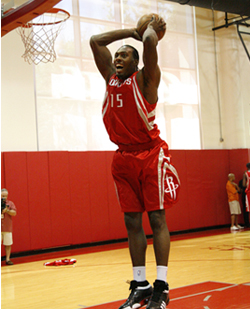 What the hell am I supposed to do now?  Fantasy football drafts don't start for at least another six weeks.  The NFL season itself doesn't start until after Labor Day.  And do you really think I'm going to pay attention to the Astros?  (That's obviously rhetorical as the answer is "no").  At least the Texans were entertaining when they sucked...