"Longtime target....one of most accomplished Aussies...impressive background...won championships in Spain and Italy...wins everywhere...special talent...skilled 7 footer, can shoot, moves well, good face up game, good fit for Adelman's offense...could have been a good compliment to Yao, but now can feature him...offenisvely, no question it will be a strong translation...defensively: size, which helps, and can play in our scheme...hasn't been involved in the NBA for a long time because he was well-paid in Europe and really had no reason to leave...leaving money on the table to play in the NBA...time was right for him contractually and career-wise...mirrors Pau Gasol's versatily on the high post, in terms of shooting and dribbling...skilled passer on the high post...can play pick-and-pop and space the floor as a 7 footer...a little bit like Bargnani, but not quite as athletic...similar in the type of game and style...not great defensively, but Chuck's presence will help that...smart player...good team defender...physicality is an issue...studied him for past 3-4 years...big credit to Les Alexander for providing resources for the upcoming season..."

Morey was recently on one of the Summer League broadcasts, and he talked about finding "the right players" for Coach Adelman's system.  Not the best players, but the right players (sounds like Herb Brooks and the 1980 US Hockey team).  Though we've criticized Adelman in the past, there's no question that he is an offensive genius, and that Tracy McGrady and Yao Ming weren't exactly the best fits for his scheme.  Though it's obvious that the Rockets would love to feature a healthy McGrady and a healthy Yao, Adelman should be much more comfortable with the player-types that will be starting this season, as Andersen is expected to start at center.

So far, it sounds like another great move from Morey.  You're not going to find skilled big men like Andersen with second round picks, thus allowing us to make the switch.  The best part about all of this is that we probably won't be paying him much at all.  A typical cost-efficient move from the Rockets.

Video highlights and extended scouting reports on David Andersen after the jump.

From Daryl Morey (via Friedman on Rockets.com):

"David has been a winner with every team he has played for in Europe," says Rockets General Manager Daryl Morey. "He is a very well-rounded player who possesses good offensive skills and a very good shooting touch for a big man. David is a versatile post player who should fit well in Coach (Rick) Adelman's system."

"...Barcelona managed to easily knock off a very jaded Olympiacos squad, in large part due to another terrific outing by Australian big man David Andersen, with 20 points in 26 minutes, on 8-12 shooting (3/5 3P). Although this wasn't the most competitive setting you'll find, Andersen still did a nice job showcasing his excellent skill-level, primarily in the form of his jump-shot, knocking down an array of spot-up, pull-up, turnaround and pick and pop jumpers, in the post, from 18-20 feet, and all the way out beyond the 3-point line."

"Also deserving of a quick mention is the outstanding play of David Andersen, who looked particularly motivated going up against his former team CSKA Moscow, who he decided to leave this summer. Andersen scored 24 points in 34 minutes, going 6/6 inside the arc and 3/6 from outside, to go along with 4 rebounds and 2 assists. Andersen, who we've believed is a sure-fire NBA rotation player for a number of years now, put his entire offensive arsenal on display, scoring on tough post-up moves inside the paint, some beautiful turnaround jumpers, by attacking the basket from the perimeter, making a handful of 3-pointers, finishing pick and rolls, and converting on pick and pop plays. It was a very impressive display, and would make a DVD that Atlanta Hawks GM Rick Sund would be wise to get a hand on."

"To sum it up briefly, the article states that Andersen can exercise a clause that allows him to walk to the NBA till the 15th July, that his dream was always to play for a NBA, that he's willing to play there for the same salary he earns in Europe (€2M)...His agent made no comments except to notice that Andersen's contract allows him to leave for the NBA without any payment."

Just based off what we've seen and heard here, Andersen's pros are that he...

And his cons are that he... 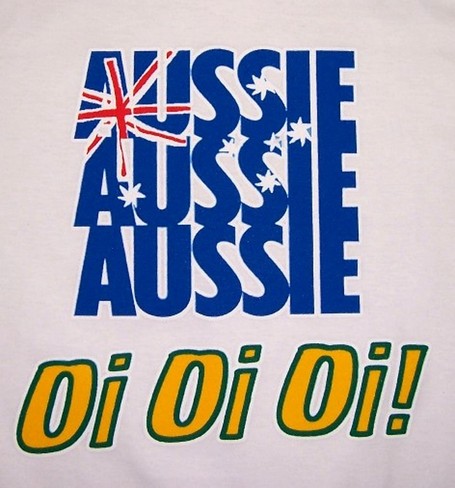 (Always thought that would be reserved for Brad Newley...)