Share All sharing options for: The next time a Rocket boxes out on defense will be a first

As we begin the 2nd half of the season, there appear to be three immutable truths about our home team:

3.  The next time a Rockets player attempts to box out on defense... well... that will be the first time.

The game last night was painful.  I was watching the Rockets.  But the Rockets were watching the Bulls.  Especially on defense.  There was no ball movement.  No player movement.  And certainly no defensive rotations.  And boxing out was a foreign concept.  A lot of this can be chalked up to the fact that the Rockets are simply exhausted.  I am not denying this.  The problem is that everyone on the team - from Aaron Brooks all the way down the bench to Brian Cook - they all know that the Rockets have to out-hustle and out-effort the other team to win on most nights.  When things like this happen, the results are what we saw on Friday night against the Spurs.  Which is good.

But when the Rockets don't play with any energy?  Well.... that's when the good guys get run over by inferior teams like the Bulls.  The Rockets made Brad Miller look like a God.  Not the God but a God.  Imagine if Joakim Noah were playing.  Hell, the Rockets made Vinny Del Negro look like an actual legit NBA head coach!  That is blasphemous!

In other words:  Randal Graves worked harder at his job than the Rockets did at theirs last night. 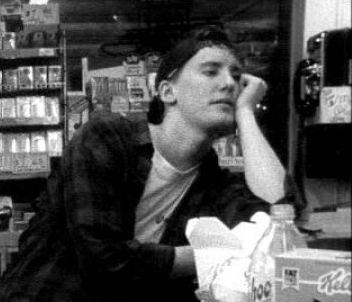 (The NBA:  Where the Rockets spit water at life!)

What really hurts me though is the complete absence of boxing out on defense.  Even the famed Luis Landry duo has mostly stopped boxing out.  Instead of finding a man and sealing him off away from the basketball... both Scola and Landry are trying to defensively rebound like NFL free safeties - find the ball and go get it.  The problem with this is that Scola isn't very fast.  Or very tall.  So the opponent just out-races him to the ball.  With Landry, the opponent often is able to get position on him and box him out first.  Which is just wrong.

Meanwhile... Trevor Ariza is still stuck in his bizarro happy place where Shooter McGavin is banging his mom.  So he's a bit too distracted to try to rebound.  (3-14 FG?  1-7 3pt FG?  Stop shooting!!!!) 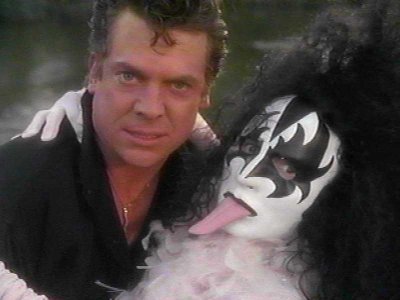