Last night I had the privilege of attending the Grand Opening for Yao Ming's new downtown restaurant.  As Silent Bob's good friend Jay once said, "I'm people who know people."  Yeah, writing a blog about the Rockets can pay off in strange ways.  I took this opportunity to drink on Yao's tab.  That was awesome.

To put it directly:  Yao's new restaurant is nothing short of amazing.  The waitstaff were all incredibly nice.  They even treated me like I was someone important (ha ha! suckers!)  And, of course, the food is excellent.  Unlike his first one down on Westheimer, this restaurant has a much more expansive menu than the traditional Chinese food menu from before.  (Also, for those in the area, the restaurant is on the corner of Fannin and Dallas.  Not too far from House of Blues and relatively close to the Toyota Center.) 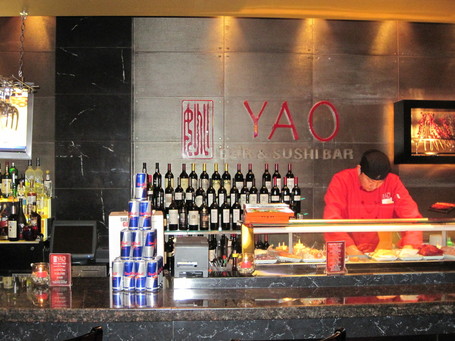 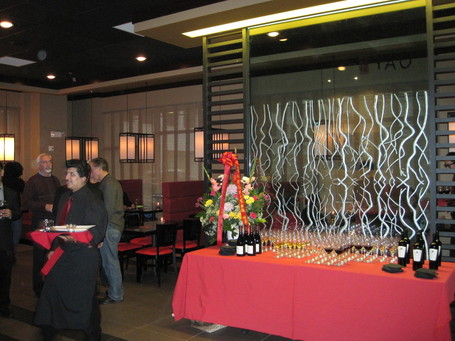 (The dude in the charcoal jacket on the right... that's Phil Garner.)

Okay, okay, I know what you're all asking/thinking -- was Yao there?  And did I get to meet him? 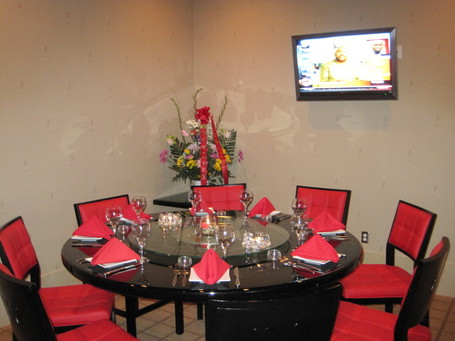 Yao arrived around 6:30pm, and was quickly engulfed by everyone in the room.  Lawyers, doctors, judges, congresspeople, the Chinese media... and Phil Garner... they all crowded around Yao instantly.  Which was kind of sad because I believe Yao was expecting something much more low-key.  I actually felt bad for the guy - he can't even have a quiet moment at his own restaurant in his own private room.  I'm told this is his everyday life, too.  He cannot avoid being the center of attention with people wanting to take pictures of him.  All the time.  Then again, the guy is 7'6" and it's really hard not to stare.  I mean, he looks tall on a basketball court when you go to games.  He's HUGE when you are standing just a few feet away from him.

... but I left him alone.  Even though I was there as a "media" person of sorts, I felt it best not to anger the big fella by pushing him for a photo op he clearly wanted no part of.  He left just about an hour after he arrived.

I did get to meet his dad though! 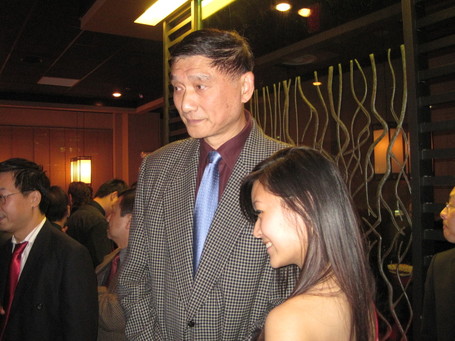 The girl on the right was apparently the reigning Miss Chinatown Houston 2009.  I didn't even know they had such a thing.  But she was very nice.  She even took a picture with me.  (Not that I'm going to post that one here.)

All in all, it was a really fun night.  Sadly, none of the other Rockets showed up.  Lee got to meet Luis Scola yesterday for a radio appearance and told Scola about it.  Turns out Luis was unaware of the event.  Me > Luis.  And if I ever do get to meet Yao, I think I owe him a Shiner Bock or 4.